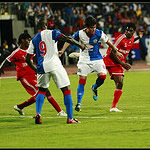 While Gerald Ratner can always be presented to disprove the theory there is no such thing as bad publicity, the words of Oscar Wilde appeared apt when Blackburn Rovers were accused of a brand marketing faux pas on the unveiling of its new strip.

If the only thing worse than being talked about is not being talked about, Rovers’ 2014-15 kit launch certainly had tongues wagging, twitterers tweeting and Facebookers liking – even if dislike may have been the motivation behind much of the social sharing.

END_OF_DOCUMENT_TOKEN_TO_BE_REPLACED 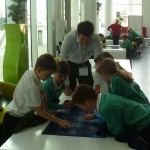 Salford Business School engage with and assist organisations globally and locally on many levels. Core to our mission is the support and contribution to the thriving local and global digital economy.  Code Club is an initiative that gives children the opportunity to create and learn about digital projects building their experience and confidence.

On 7 July, children from Eagley Junior School Code Club in Bolton visited our state of the art building at MediaCityUK. The Code Club was started by Alex Fenton of Salford Business School working with Sophie Jacques at the school.

So, how did the trip of 18 junior Code Club members get on at  MediaCityUK? END_OF_DOCUMENT_TOKEN_TO_BE_REPLACED 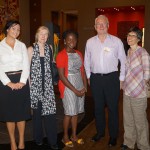 The University of Salford and Salford Business School recently featured in two big and very different events in Ghana.

The University attended the February UK Higher Education Exhibition and over a two day period advised over 250 students, and then attended a garden party at the Minister’s residence. Staff, students and alumni had a great time looking at trends in education. Furthermore, the College of Business and Law received over 70% of the enquiries.

The Challenge in Ghana

The University were also the sponsors of a popular Ghanaian talent show called ‘The Challenge’, where young people with innovative ideas applied and were selected to present their concept on national TV (similar to ‘The Apprentice’ in the UK). The show attracted an estimated 10 million viewers and the winner of the competition was offered a scholarship to study at the University of Salford.

END_OF_DOCUMENT_TOKEN_TO_BE_REPLACED

How can Geolocation benefit your business or project? 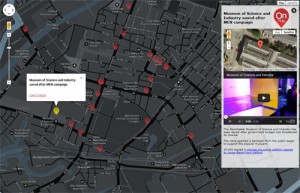 Onlocation – one of our geolocation API projects

Geolocation is the locating of something using digital technology, usually on a map-like interface. Over the last decade, we have seen some great advances in geolocation and digital mapping with the rise of Google Maps, Google Earth, Bing Maps and many other services.

Google first purchased its map service in 2004 from a small Australian company and it has grown exponentially. At the Salford Business School’s Centre for Digital Business we have experimented with the latest geolocation tools with some exciting results. These projects visualise our world even further, combining location information with valuable social and business intelligence.

END_OF_DOCUMENT_TOKEN_TO_BE_REPLACED

Tags: api, business, geolocation, logistics, maps
Comments Off on How can Geolocation benefit your business or project?