The Careers and Enterprise Blog

News and views from your Careers and Enterprise team.

Going into a career with the “wrong degree”; and how I proved the naysayers wrong 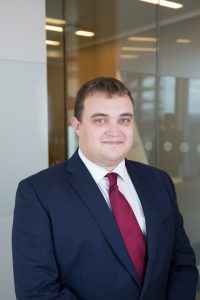 This is the last blogpost of the year for the University of Salford’s Careers and Enterprise blog. We hope you enjoy the third in our series of posts written by our graduates that summarise their experience post graduation. This is an inspirational story that shows why you should not feel pigeonholed or limited by your choice of courses. Thanks for writing this Jack!

My story of studying at Salford is actually rather strange. Being a young man, I had always wanted to be an airline pilot, and my A-level grades got me onto the Aviation Technology w/ Pilot Studies course at Salford University. However, in keeping with being a young adult with no real experience of living on my own, managing finances, health and responsibility, this quickly fell by the wayside, and I failed all my first year exams and project work, conclusively.

So what to do?

I decided that the best course of action for my future was to switch courses. To Music. Having had only a hobbyist level of experience with music in the past, I somehow passed an audition and found myself studying a foundation year in the subject. I had no previous knowledge of music theory, couldn’t read music and found it a struggle. After somehow making it into my (second) first year, I met my partner, Emylie. This, coupled with jobs working in bars until late at night, meant that I foolishly allowed my studies to fall by the wayside, and my grades and attendance were in freefall. At the end of my first year exams, I once again failed conclusively. 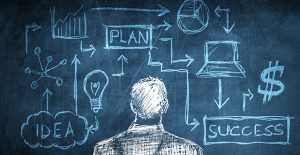 In three years I had a net education profit of nil. I was running out of options, and I’ll confess I was at a very low point during this time. My only consolations were that Emylie was doing well on her course, and a small ray of light in the form of an offer to move into Creative Music Technology for my 2nd and 3rd years. I was amazed at the opportunity to continue into 2nd year. Opportunity never knocks twice they say, so a third time was pretty astronomical. I almost bit their hand off to spend time doing something I loved – sitting in dark, dingy studios for 6 hours at a time and playing with (very) expensive toys. Finally I had found something I was good at. Having struggled through school with my grades, and into A-levels, I was now getting 1st and 2:1 on my assignments. Life was good. So good, in fact, I decided to study a Masters. I graduated in 2016 with a 2:1 in Creative Music Technology, and 2017 with my Master’s. 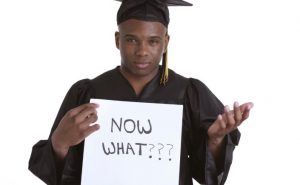 Was the question I constantly asked myself. Having done bits of freelance work, I decided that a career in music wasn’t for me after all, especially if I wanted to succeed in all my other ambitions in life. The burning question now was, what next? I applied for job after job, continually being knocked back for having the wrong degree, which became very tiring. I ended up working for the same chain of pubs (have a guess which one), until injury forced me to quit, ironically giving me more time to focus on getting a proper career. With lots of free time, I decided to take some careers advice from the University.

This proved to be one of the smartest things I’d ever done. 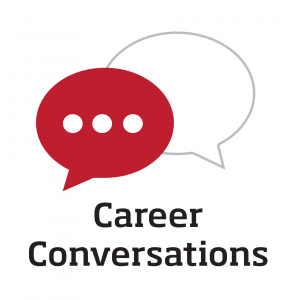 Who do you talk to about your career?

Before this, I’d been seeking advice from friends, family and other people. Although they all gave sound advice, it was all different! Some said to try for a PhD, some to go back to the service industry. Everywhere I turned, someone would try and sell me an apprenticeship I didn’t want, or berate me for doing the “wrong degree”. After taking the advice from someone who had made it their profession to help people find a good career, it seemed so much clearer! They gave me all the tools I needed to have a look at jobs and careers that I hadn’t even thought of before. We did personality tests and quizzes, practice interviews, all sorts to determine good career paths. The great part about all this was the options it had opened up.

Before going in for my first session, I was concerned that the response I had would be “Sorry, you’re not qualified enough for any of the jobs you want”. What I got was “Sorry Jack, unfortunately you don’t have the right degree for this one role, but here’s 100 (literally) more roles similar to that, which you could go for!”

I was overwhelmed in the opposite direction – I felt like I had at 18, that the world was open to me and that I could actually achieve what I wanted to.

I was so enthused, and filled with a new-found energy that I applied for new careers that I had never even considered, and was surprised to find myself coming out with interviews and assessment days, inducing one in particular for a multi-national finance firm. Financial business consulting! With a music degree! Because the graduate scheme looked so tasty, I threw myself in and went for it. I practised assessment days and interviews again with my careers consultant until the big day. A good piece of advice if you’re thinking of going for graduate schemes, especially with larger companies, is prepare to do assessment days. I did about 8 in total. I even got to the point where I enjoyed them! Look them up and research them, there is a huge amount of psychology and group dynamics at play. My careers consultant gave me so much help with this.

Everyone in the room was told to say a little about themselves, which resulted in small variations of what finance/accountancy degree they had done, and how they hadn’t even graduated yet. Until it was my turn.

“Hi everyone, my name’s Jack, I’m 24 years old, and I’ve just finished my MA in Music Technology at the University of Salford”

After this, the day went fairly smoothly, although I was constantly overwhelmed by two things, the relative youth of my fellow candidates, and the amount of knowledge they seemed to have about business. I had enjoyed the day, and taken away some experience, but chalked it up to a loss.

I was very surprised, therefore, to hear I had an interview with one of the firm’s partners two months later. As well as give a presentation in front of them!

This was great news! I spent the next few weeks worrying about my presentation. Brexit had just happened so I thought about that, but eventually decided on HS2 and how it will link the south and north. On the big day, the partner was seated across from me, and after introducing herself, asked the famous question:

I was taken aback by this. In truth, I can’t remember what I said, I was so nervous! The interview continued with some more thought-provoking questions, some of which were scripted. We also talked about Brexit, our University studies, and joked about pirate ships (yep). Nobody, therefore, was more surprised than I when 2 weeks later, they offered me the job. I accepted, and now I work as a financial business consultant for a Big Four firm. People are still shocked every day when I tell them about my degree in music, it always starts a conversation and raises a few eyebrows!

My advice to you can be shortened into two golden rules:

I have never used my degree in a professional capacity, but it still continues to serve me every day in this one by giving me an easy conversation starter, and I always beam with pride when I can see I got over the same hurdles my colleagues did.

Despite having the “wrong degree”.

2 thoughts on “Going into a career with the “wrong degree”; and how I proved the naysayers wrong”