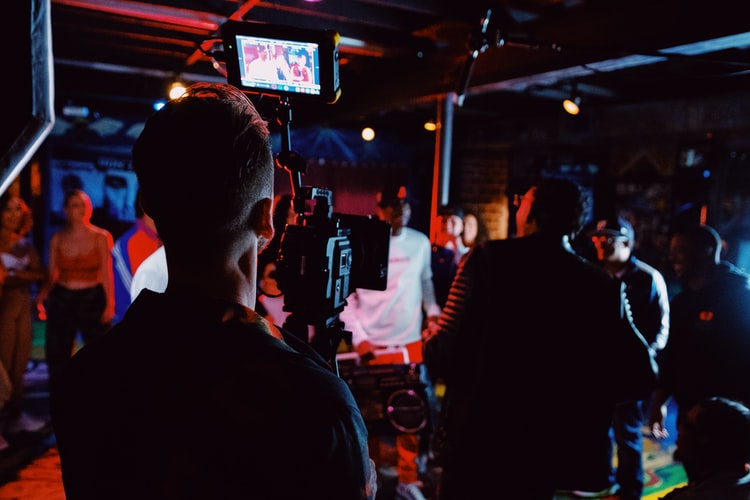 From Salford Student to US TV Executive

Salford alumnus and US TV Executive Producer and Showrunner Rob Bagshaw joined us live from Los Angeles on 22nd July to share his valuable insight for getting into TV and beyond.

Rob is a prolific showrunner, having served as Executive Producer on some of the most famous reality shows in the world, from Emmy-winning RuPaul’s Drag Race to Emmy-nominated Project Runway All Stars.

Rob graduated from the University of Salford in 1995 with a degree in BA Media and Performance.

“I think when we started at my course, we came in all wanting to be performers because we didn’t really know much about the industry other than that.

“We all came out having learnt different areas of the business and so I was kind of singularly minded in terms of being a producer.

“When I graduated, I scoured the newspaper fro as many jobs as possible.

“I was applying for every producer gig that was listed.”

Rob worked in a variety of different roles in the industry and worked his way up the live TV production ladder and he eventually landed a role working on ‘This Morning’.

“I started as a day producer just responsible for one episode a week, it took a whole week to prepare that episode.

“I just worked my butt off. Pushed ideas that they hadn’t done before, I heard no all of the time and then somehow I won the crew around to trying out these nutty ideas and eded up taking over the series and being in the control room for every episode five days a week.

“Live experience is a real privilege.”

After working on UK television for a while, Rob eventually moved to US television.

“At some point I was working for mental media in London and we had the opportunity to pitch a new reality show that I was developing to FOX in America and I was asked to come out and join the pitch.

“We pitched to Channel Four and to FOX at the same time and FOX picked up the show.”

Rob was supposed to go to LA to set up the US arm of the company for three weeks to cast the show and crew up the show and he ended up not coming back to the UK for nine months.

“That’s really a milestone that got me into US production.”

Rob moved to LA ten years ago and has been working as an executive producer of various high profile shows ever since.

During the session Rob shared some vital tips on how to get jobs in the industry. Amongst these tips was an inspiring anecdote from TV host Oprah Winfrey:

“When I was doing a show with Oprah Winfrey, as we were going into a meeting or just before we were about to roll or meet someone new, she would say Rob what is your intention for this meeting, what do you want to get out of this interaction, what are we here for?

“I always think that is a really good way to start a project or to start a conversation before you’re gonna go meet somebody. State what the end goal is to yourself and you can go into those meetings with this is what I want and why.”

Rob is currently Executive President of Unscripted Content for the Nickelodeon and former Senior Vice President at Bunim Murray Productions, the production company whose back catalogue includes Keeping Up with the Kardashians, I Am Cait and Mariah’s World.

You can watch Rob’s full session below:

“There’s nothing wrong with being passionate about what you do and generally you stand out from the crowd if you are like that.” Rob Bagshaw