5 Things I Learned From #CreativeEnt 2016 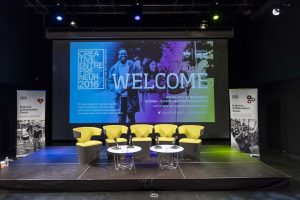 Creative Entrepreneur 2016 was yet another successful University event which bought together a diverse range of people from within and outside of the University for a day of sessions, talks, presentations and workshops that covered just about everything under the four ICZs.

It was an important event too for the ICZs as it is the first time in its three-year history that Creative Entrepreneur has come under the ICZ banner, and it was certainly a very relevant event to convey the ICZ message about collaboration.

The unique thing about Creative Entrepreneur is exactly that collaboration, with people from all different sectors and industries mingling with each other, networking, and discussing and sharing ideas as well as taking away thoughts about how what is being done in other industries could be transferred to their industry, which is exactly what collaboration is about, right?

The Digital Marketing and VR/AR talk in particular provided a fantastic example of this, with people not only from digital backgrounds in attendance, but sport, engineering and health too. One story that touched the whole room in particular was about a person living with dementia who put on a VR headset which was set to a seaside theme, and begun singing “Oh I do like to be beside the seaside”!

Keynote speaker, Professor Vikas Shah was also an inspiration and started the day off excellently with a presentation about his journey to where he is now, his successes, his failures, and most importantly his advice and lessons on mistakes he has made – which aren’t a bad thing by the way!

However, here are five other things that this year’s Creative Entrepreneur festival has taught me…

“One in four people in this room will think about committing suicide” said Vikas Shah towards the end of his keynote before admitting he himself has attempted it four times.

That’s a scary thought, and is the same proportion of people as will suffer a mental health problem in any year. As intimidating as it is, mental health problems are very real and under-regarded, they affect many people who often try to supress or deny the effect on them, and it is one of the core things that a lot of speakers alluded to; how they spend time each day just focusing on their mind – meditation.

Vikas now spends a portion of his day, every day, doing this and believes that control of the mind all of the time is vital so you know how to deal with a crisis if it suddenly arises, so you know how to focus on the right things, and how much to contribute to different aspects of your work and life to get the balance right.

So the key lesson here is to spend time each day in your zone where you can take a step back from everything that is going on and find time to relax, think and become more aware of your mindfulness. This is something that has been identified by Spotify, who have teamed up with mobile app HeadSpace as a result of the number of searches for ‘Focus’ playlists to help people live ‘happier and healthier lives’. 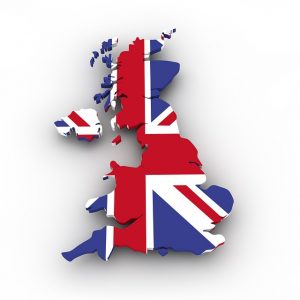 Cinema releases, new technologies, social crazes. They all have one thing in common, and that is they are generally available everywhere else first, whether that be in Australia, the United States of
America, or Japan. Ever noticed?

Here in the UK, we are very slow at adapting and embracing new technologies, a point very poignantly made by Marshmallow Laser Feast’s Robin McNicholas, who said:

“Make sure that you build on the infrastructure of talent, that’s my main frustration here in the UK.

“There’s so much investment in L.A., but the creativity and the ideas are all over here.

“We’re very good at the ideas side of it here in the UK, but the gung-ho, entrepreneurial, ‘let’s go and do it’ side is missing.

“The first question anyone asks over there is ‘well what’s the idea?’ whereas over here it’s ‘what have you done before that qualifies you’ and it’s too much about having a track record.”

It all comes back to the idea of making mistakes; if you look at some of the bigger companies, employers and entrepreneurs, most of them will expect you to have made three or four mistakes because it is the lessons learned from those that shape you.

3. Digital is THE thing, and it’s awesome

I think I could go on about digital all day with it being so varied, but the first part of this lesson is that digital is here, and it is the way things are done. Matt Rogan, Chairman of Two Circles – Data Driven Sport, was firstly part of the Sporting Entrepreneurs panel and then later talked about how he setup Two Circles (whose culture by the way is awesome!).

Data is something he regularly deals with and can present, but one slide in particular stood out that he made a point of and it had to do with Google Books, and mentions of particular topics going back to the 1800s. Now they haven’t found a way of Google existing back then, but the way they have catalogued so many books means you can search and scan for many things including mentions of themes, topics etc… This line graph displayed two topics to start with; Railway and Steel.

Both are now key parts of almost everything; the railway infrastructure we have is a popular mode of transport, and that peaked, then slowly fell. Years later steel peaked, then again fell.

“Well why would it do that, why would people suddenly stop talking about it, is this building not made of steel?” asked Matt. His point was they both became popular, were talked about lots, then weren’t, but that’s because they became just a part of everything that people did; and digital (the third line) is now the same.

“Instead of writing a strategy, and a digital strategy, make digital your strategy because it’s what everyone is doing, it’s here, and it’s not going anywhere,” were Matt’s words, and very wise ones at that. Just to re-affirm the idea of collaboration, I can’t remember a talk I was in where digital wasn’t a part of something…

4. Partners and partnerships are the best way of doing things

Yin and Yang, Sherlock and Watson, Chips and Gravy, trainers, the best things come in pairs, and it’s exactly the same when it comes to being an entrepreneur and beginning a start-up.

“It’s really hard to do things on your own, and I think we really complement each other” said Sally Horrox regarding her company YSport, which she started in conjunction with Sally Hancock after the pair spotted a gap in the market. It was echoed throughout the day, either working as a pair or in a team; Matt Rogan couldn’t have done Two Circles without his partner, FormulaSalford wouldn’t work without the contributions from everyone in the team, and particularly when it comes to collaboration too teamwork is important because as good as we think we all are, we can’t know everything and we can’t do everything. 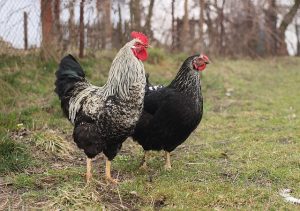 It doesn’t have to be your best friend, a good friend, or even someone you know well, it just has to be someone you trust; trust their opinion, trust them to tell you if they don’t agree with you. Richard Ayers, CEO of 7League, says that even though he’s worked with his business partner for years, he’s only been round to his house once, but he trusts him to make the right call, or question the right things.

There’s no shame in bringing someone in to help you and listening to what others have to say, and it was Claud Williams who summed it up nicely in the last talk of the day: “Be stubborn about your destination, but not your way of getting there,” which I think sums up working with someone perfectly. You might disagree, but you’ll just have to deal with it, quite like Chips and Gravy… At the end of the day, that fills me up when I’m hungry as plain chips might fill you up, so a shared destination, but a different means of getting there.

This last point may sound a waste of time, or it’s the only reason you’ve read this, or it’s the only thing you’re reading, but it is one of the most pleasing lessons I took out of the event because I love trainers, and there was nothing better than seeing Richard Ayers rock up in a pair of green Adidas! And quite simply as the panel host, Professor Simon Chadwick, said:

So there you go, why suffer? I for one am not any longer…