Nursing News at the University of Salford

Do you wan't to blog or make suggestions? Use the form below to get in touch. We look forward to hearing from you. 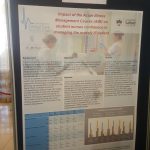 Joyce Smith and Melanie Rushton attended the RCN education conference in March. They presented a poster which highlighted findings from a study held with Nursing students from the Adult filed of practice on the Acute illness Management course (AIM). The Poster is now displayed on the second floor of Mary Seacole near the clinical skills labs. When you are next in take a look.

Hannah visited the Houses of Parliament and writes about her experience

Student Nurse visit to the Houses of Parliament

When I was given the opportunity to be one of the first student leaders for the @WeNurses Twitter account in January 2016, I did not anticipate the opportunities that would come my way as a result. During the year spent in the role, I’ve been able to make connections with qualified and student nurses around the country, I’ve attended the Cavell Trust awards, and most recently, I was able to attend the Houses of Parliament!

If you’re reading this then most likely you’re aware of the NHS bursary situation. In 2015, the government announced its plans to scrap the bursary for healthcare pre-registration courses, and introduce tuition fees. The nursing community was not impressed with this, and a petition was set up via the UK Government petitions website (https://petition.parliament.uk/) to keep the bursary. The Petitions Committee, formed in 2015, considers any petition on this site which reaches 100,000 signatures for a debate in the House of Commons, with most resulting in a debate being scheduled. Before the debate on the 11th January 2016, @WeNurses hosted a Twitter debate alongside London South Bank University, and Teresa Chinn, the nurse behind @WeNurses, attended a pre-debate round table event with the Petitions Committee to share the thoughts and points discussed on Twitter, ensuring that the voices of those affected by the bursary were heard.

Unfortunately, the debate did not change the government’s mind on the matter, and the scrapping of the bursary is still going ahead. However, due to Teresa’s involvement in the build up to the debate, she was invited to an event marking the Petitions Committee’s first year, and myself and my fellow @WeNurses student leader were invited too!

The event was held in Portcullis House, the more modern of the Houses of Parliament, and once through the airport-style security you are surrounded by glass and politicians. I even saw Jeremy Corbyn, although only from a distance! We then found the room we needed to be in, and were able to grab a number of free pens (with black ink), always a plus when you’re a nursing student!

The event started by explaining that the Petitions Committee and associated petitions website had been started to make the process of petitioning more fit for purpose, practical, interactive and accessible for the public. It also means that it is harder for petitions to be pushed aside and ignored, as the Petitions Committee guarantees that at 10,000 signatures a response will be given from the relevant government department, and at 100,000 signatures, it will be considered for debate.

During the first year that the Petitions site was running, the area which had the highest number of petitions was health services and medicine, which I think demonstrates how invested we are in the health of our country. Despite the NHS Bursary petition not resulting in a change, two of the biggest changes brought about through petitions were health related, and we heard from the people who had initiated these petitions.

The second health-related petition discussed was one which called for more funding for research into brain tumours. Despite killing more people under 40 than any other type of cancer, brain tumour research only receives 1.87% of the national spend on cancer research. When Maria Lester, whose brother had died from a brain tumour at the age of 26, heard these figures she was shocked, and so she set up the petition calling for increased funding. The initial Government response to the petition after 10,000 wasn’t great, and so the Petitions Committee launched its own inquiry into the issue. The evidence they collected was used in the debate that was scheduled after the petition reached 120,000 signatures, after which the Government agreed that more funding and research was urgently needed to improve patient outcomes. They have now created a working group of clinicians, charities and officials to look into this.

Attending this event was a great opportunity which has given me a greater understanding of how the public can affect change through petitions, and in particular how as nursing students’ and nurses have the opportunity to try and change the things which affect our patients and their health. It has also highlighted to me how important social media is for this – the majority of people signing petitions on the site come to them through links on Facebook and Twitter. Although some nurses shy away from using social media in a professional capacity, it can be so important for networking, increasing your knowledge, and affecting change for our patients and our health service. I am also going to remember how important petitions can be in highlighting key issues within our health service, as well as particular health issues such as obesity, and hopefully stay active in this by signing petitions and maybe even starting one myself someday!

If you take only one thing away from reading this, let it be that opportunities for nursing students are out there – you just need to find them! Twitter is a treasure trove of information and opportunities, and it can be these extra-curricular things which will make the difference between you getting your dream nursing job, or being pipped to the post! 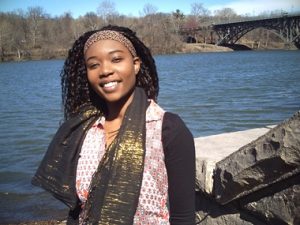 Congratulations to Prudence who published an article in the Nursing Times which focused on a holistic approach to care and the need to support the families of the patients we care for.

‘We talk about a holistic approach to care but often fail to provide comfort and support to the people that matter the most to patients; their families’

Please access it and have a read at the following link:

Welcome to the April 17 intake of Student Nurses

A big Welcome to the new students nurses who have joined us this month. We all wish you the best of luck on your chosen nursing career pathway, and we are sure that you will enjoy being a student nurse.
Good Luck from all staff and students.

Thanks to all those March 14 and September 14 students who have completed the NSS survey. Latest figures have shown that there are still quite a few students who have not completed this really important survey. Please can you do this as soon as possible as it provides us with invaluable feedback and reflects the course on which you are studying.

hich  collects the opinions of  final year undergraduates on the quality of their courses.

The NSS is conducted by Ipsos MORI an independent or
ganisation. All responses are completely confidential.

The NSS asks you to provide honest feedback on what it has been like to study your course at Salford.

The feedback we get from NSS is taken very seriously and used to improve the experience of our students at Salford. The results are also made public to help future students make an informed choice about where  and what they study.