8 Reasons Why You Should Attend the Northern Powerhouse Conference #NorthernPH

Party conference season is well under way, so far the Liberal democrats and the Green Party have both taken the stage in Bournemouth. UKIP headed to Doncaster, and the Labour Party hosted in Brighton with their the new Leader addressing his party for the first time. This week is the turn of The Conservative Party, making Manchester their home for the week.

A wide variety of topics have been discussed during this weeks event. With EU membership, Immigration, maternity leave for grandparents, child benefit, Isis and Terror, Prisons, education, Right to buy, social housing, the deficit, and the topic which had social media in a frenzy was the introduction of a 5p tax on supermarket bags.

One overarching topic has taken the limelight however, The Northern Powerhouse. This is not surprising given the ‘Northern’ location of the conference. Questions continue to be raised regarding the deliverability of the project, and its impact on the economy and other Northern towns.

What is the Northern Powerhouse ?

First of all it’s important to set out what the Northern Powerhouse actually is, so here it goes. The Northern Powerhouse is a plan created by the then coalition government to boost growth in the Northern economy. In their own words “we have a vision for a North with a vibrant and growing economy that builds on existing strengths of Northern city regions, attracts and retains the brightest and best talent and attracts investment from overseas.” In short the government plans to increase spending in the north, improve transport links and provide the North with new levels of devolution. 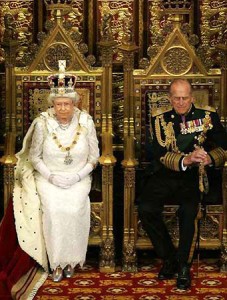 1)Everybody is Talking About it!

2) Sir Howard Bernstein will be one of 10 Speakers 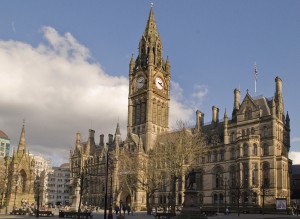 When the Northern Powerhouse is fully realised,its implication will be far reaching, nobody will go unaffected. It’s in your interest to see how HS2 will impact on the environment, how house prices will react to the increase in investment, will there be a surge in job availability, how will wages change, will the morning commute become a quicker, more comfortable journey?. This brief overview is only touching the surface, one thing is for sure the future of the Northern Powerhouse is in everybody’s interest.

4)Hosted in a Landmark Venue

The Lowry will be hosting delegates at the Northern Powerhouse Conference; the landmark building is a testament to the development of Salford and Manchester. The Lowry boasts views over the redeveloped Manchester Locks, home to Media City UK. A great success story of a pro-north agenda, Media City has seen substantial investment, enticing industry Leaders like the BBC from their London base. 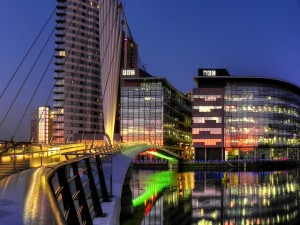 The conference will be a fantastic networking event for all delegates in attendance; the audience will be a selection of industry leaders, from a range of sectors. Not only will delegates get the opportunity to network amongst themselves, but interact with our high calibre line-up, all of which will be encouraging questions after their address to the Northern Powerhouse cohort.

The Northern Powerhouse is not limited to the UK; its appeal is far reaching. Highlighted only recently when the George Osbourne jetted to China to speak with Chinese business leaders in the city of Chengdu. The Chancellor spoke of the unprecedented opportunities available to Chinese investors, to get behind the Northern Powerhouse. It was announced at the event that the opportunity is worth over £24 billion. There will be fierce competition from home and abroad to win contracts.

Ken O’Toole managing director of Manchester Airport will be speaking during the morning of the event, the full agenda is now live on our website. As a Director of one of the largest airports in the UK and one of the North West’s biggest employers, his insight into the future of the Northern Powerhouse is sure to be captivating.

Join the buzz around the event, before, during and after the conference by following the #NorthernPH hashtag, it will give you an unprecedented level of insight into the Northern Powerhouse and the Conference. The conversation has already started, with Dr Kieron Flannagan giving his insight from a science and technology perspective, it’s a must watch. Frontier PR, our official PR partner for the conference will be conducting further interviews ahead of the conference, follow us on @SalfordUni_SPD for updates. If you would like to listen to more of what Dr Flannagan has to say, The Northern Powerhouse Conference will be taking place on the 10th of November; tickets are still available from our website. If you have any further questions, or would like to book your ticket please contact Jenni on 0161 295 2096 or alternatively jenni@onecpd.co.uk