Universities must “invest in prevention” to protect student mental health 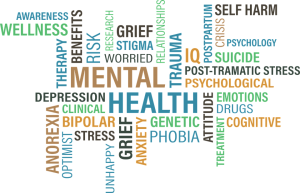 Data sharing and investment in early intervention must be the top priorities as the education security sector shifts its focus toward student wellbeing and promoting good mental health.

Delegates at Salford Professional Development’s Security in Higher Education Conference heard how universities are adopting a more holistic approach which goes beyond simply protecting the physical safety of young people.

END_OF_DOCUMENT_TOKEN_TO_BE_REPLACED

Building a community in student accommodation 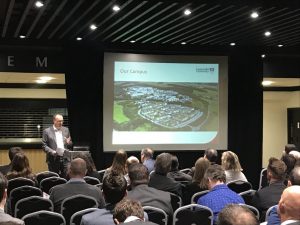 A sense of community in student housing is just as important as bricks and mortar, according to one of the leaders in the sector.

Delegates at Salford Professional Development’s Education Estates and Facilities Conference benefited from unique insights into university accommodation and how to deliver an excellent student experience.

Head of Commercial Services Jo Hardman believes the secret to Lancaster’s success lies in playing to the university’s strengths.

END_OF_DOCUMENT_TOKEN_TO_BE_REPLACED

As part of  National Apprenticeship Week we reflect on the current state of apprenticeships in the UK and look ahead to the arrival of industry designed degree apprenticeships, before revealing how you can save 40% off our upcoming ‘Post 16 learning and apprenticeship conference’

END_OF_DOCUMENT_TOKEN_TO_BE_REPLACED

British astronaut, Tim Peake, became the first Brit to take part in a successful spacewalk, after travelling into space on 15th December 2015. He frequently documents his experiences at the ISS space station by posting videos online and speaking via satellite. On 2nd February 2016, following a successful broadcast on Christmas Day, he answered questions from school children as part of an effort to educate children about space. 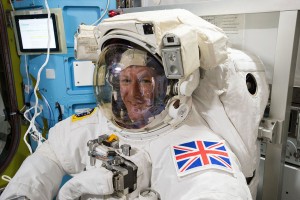 300,000 children interact with British Astronaut from their classrooms

END_OF_DOCUMENT_TOKEN_TO_BE_REPLACED

Classrooms of the Future: Education and Technology

Technology has transformed the way we live; as a result the UK education system has had to undergo radical change.

The most evident development has been the steady progression from the use of blackboards, to white boards, and now interactive boards; this transition taking well over a decade. It does appear however that the digital revolution will place a greater demand on educational bodies and institutions to take up new technologies at a faster rate, with a greater deal of urgency.

END_OF_DOCUMENT_TOKEN_TO_BE_REPLACED

The Future of Higher Education Conference 2015

Our second annual conference on The Future of Higher Education 2015 has now drawn to a close. We had a fantastic turn out and welcomed many delegates and sponsors from far and wide through the doors at the University of Salford. Our speakers on the day brought their incredible knowledge to the conference, giving delegates an insight into the future of higher education.

For those who didn’t know, the conference aimed to take an in-depth look into higher education (HE), examining and discussing the tough decisions it faces in order for HE to develop in the future. The controversial topic of student finance was discussed as well as how a partnership between students, government, business and universities can revolutionize higher education for the next generation. The conference also covered insightful learning outcomes such as “adding value to student experiences”, “commercialisation of higher education” and “improving collaboration across universities”.

END_OF_DOCUMENT_TOKEN_TO_BE_REPLACED

Within the last few weeks, it’s been reported that the role of Youth Crime Commissioner is to be axed due to numerous failings surrounding the candidates selected to front it.

The role, which was the brainchild of elected Police Crime Commissioner (PCC) for Kent Police Force, Anne Barnes, was thought up to help engage with the notoriously tough youth audience on crime and policing matters in the area and “to reduce the gap between younger people and the authorities, particularly the police”. The idea was to find someone that young people can relate to, where they could go for information on local policing and who they could go to when it came down to improving their community. It sounded like the perfect idea to help dissolve the barrier between young people and the police, but like all great plans, it didn’t go all that smoothly….