Modern Slavery: Why it is important to be informed

“No one shall be held in slavery or servitude: slavery and the slave trade shall be prohibited in all their forms.”

For many, if not most of us, the concept of slavery was something historical and ‘other’ to our experience of being in the world. Yet, more than 40 million people do not live in freedom, and in Europe alone 800,000 people are enslaved.

From 31 July 2015, in all UK referrals, the Competent Authority (trained decision makers) must consider whether the person is a victim of human trafficking. In England and Wales, if someone is found not to be a victim of trafficking, the Competent Authority must go on to consider whether they are the victim of another form of modern slavery, which includes slavery, servitude and forced or compulsory labour.

END_OF_DOCUMENT_TOKEN_TO_BE_REPLACED 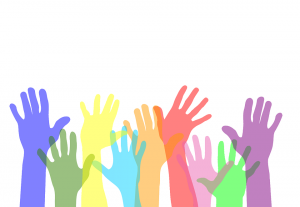 The voluntary sector must meet its current challenges head on and provide greater transparency in order to retain public trusts, delegates at the Charity Regulation Conference were told.

The event coincided with a turbulent time for the charity sector, with recent revelations raising serious concerns about safeguarding standards at a number of high profile organisations.

“This is a really important conference today, and we must view it in the context of what is happening in the voluntary sector,” said event chair Chris Sherwood, chief executive officer of Relate.

END_OF_DOCUMENT_TOKEN_TO_BE_REPLACED

In just 3 months; between June and August, 796 people were identified and reported to “Channel” , the government’s de-radicalisation scheme at an average rate of 8 people a day. According to figures released by the National Police Chiefs’ Council, more than a third of the total, 312, were aged under 18. The total figure is more than double the amount of suspected radicals who were reported to “Channel” in the first three months of 2014-15 and more than the total amount of referrals than for the whole of 2012-13 – the first year the scheme was in place.

END_OF_DOCUMENT_TOKEN_TO_BE_REPLACED

London Counter Terrorism Training: What It Means For Us

The last few weeks have been somewhat devastating for some nations of the World, with three major terrorist attacks taking place in quick succession. In Kuwait, 27 people died and hundreds wounded when a suicide bomber blew himself up in a Mosque. One the same day, a French national with links to IS, decapitated his boss before going on a rampage in a chemical factory in central France. There was also a major incident involving holidaymakers in Tunisia. A lone gunman was responsible for killing 38 innocent people on an idyllic beach, 30 were British citizens.

In the wake of the terrorist attacks of recent months, including the Charlie Hebdo attacks in Paris, the emergency services are taking part in a staged counter terrorism exercise, the biggest ever to take place in the UK.

END_OF_DOCUMENT_TOKEN_TO_BE_REPLACED

On the 21st May 2015, the Safeguarding Sandwell Development programme was officially launched for over 140 integrated services team members at Sandwell Metropolitan Borough Council.

The bespoke safeguarding programme comprises of 6 separate modules aimed at local authorities’ workers who work with vulnerable families at Sandwell Council and aims to strengthen and ensure an effective multi agency response to vulnerable children and young people. Designed in partnership by Salford Professional Development and the School of Nursing, Midwifery, Social Work & Social Sciences; the programme will be delivered by academics and industry experts over the course of a seven-month period.

END_OF_DOCUMENT_TOKEN_TO_BE_REPLACED

The number of teenagers admitted to hospitals suffering from Eating disorders across the UK has nearly doubled in the last 3 years, according to new NHS figures. “In the year 2010/11 there were just under 1,000 admissions of 13-19 year-olds but by 2013/14 it had soared to more than 1,800” (Ward, 2015.) With an already startling increase rate of 89%, this perhaps becomes more shocking when considering that experts believe these figures to be mirrored by an even larger number of unreported cases. According to the dedicated charity ‘Beat’, altogether more than 725,000 women and men across the UK are likely to be affected and of those that are admitted to hospitals; a large percentage is thought to be teenage females. A spokesman for the charity told the Mailonline, “There is undoubtedly a great deal of societal pressure nowadays on individuals, both female and male, to aspire to certain body ideals.” (Parry, 2015)