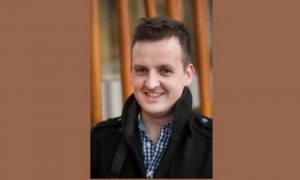 Gary Kerr takes part in the Cabaret of Dangerous Ideas

A science communication researcher at the University of Salford is set to take part in the Edinburgh Fringe Festival this month.

Dr Gary Kerr, who works within the School of Environment and Life Sciences, will take to the stage to claim that cancer screening, on some occasions, does more harm than good.

His debate is part of the ‘Cabaret of Dangerous Ideas’ show at the Fringe Festival, which sees leading academics put forward controversial ideas to audiences over 24 days.  The cabaret is compered by Susan Morrison, one of Scotland’s leading comedians.

“There are some harms involved, and perhaps these harms and risks are not well articulated and are kept in the small print. The medical profession don’t really talk about the risks when they invite people for screening tests. For example, there is a problem with over-diagnosis in screening programmes and that some people are diagnosed with “disease” that is never going to cause them any problems”.

Dr Kerr first took part in the ‘Cabaret of Dangerous ideas’ show two years ago at the Edinburgh Fringe, where he took to the stage to question whether or not designer babies were a slippery slope for society.

As with his previous show, Dr Kerr plans to ask audience members about their thoughts on the subject in question prior to him discussing an alternative viewpoint.

After his performance, he will then invite the audience to share their ideas and opinions on the subject. He is interested in this innovate type of science communication event format that pairs academics with comedians and challenges the audiences views on a wide range of controversial ideas.

Dr Kerr will be putting forward his ‘Dangerous Idea’ to audiences at the Edinburgh Fringe Festival on Monday 8 August at the Stand in the Square (venue 372) at 3pm.