Two members of staff from the Directorate of Journalism, Politics and Contemporary History, School of Arts and Media, have been shortlisted for the prestigious Whitfield Prize for 2018, awarded annually by the Royal Historical Society for the best first monograph on either British or Irish history. Dr Dan Lomas, Lecturer in International History, and Dr Brian Hall, Lecturer in Contemporary Military History, have both been selected by the jury for the shortlist. Dr Lomas’ book, entitled Intelligence, Security and the Attlee Governments, 1945–1951: An Uneasy Relationship? was published by Manchester University Press, while Dr Hall’s book, Communications and British Operations on the Western Front, 1914-1918, was published by Cambridge University Press. read more 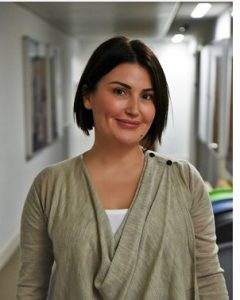 Dr Yeliz Prior, the Deputy Director of the Postgraduate Research Studies at the School of Health Sciences was presented with the Royal College of Occupational Therapy (RCOT) Merit award this autumn, which is given to occupational therapists, recognised by their peers for excellence in their sphere of work, and are making an aspirational contribution to the occupational therapy profession.

Yeliz is an excellent ambassador of occupational therapy (OT), having represented the profession on national and international platforms through her roles in the British Health Professionals in Rheumatology (BHPR) Council as the Education Officer, European League Against Rheumatism (EULAR) Scientific Committee and the Greater Manchester Allied Health Professionals in Research Network (GMAHPRN) in the North West of England. read more 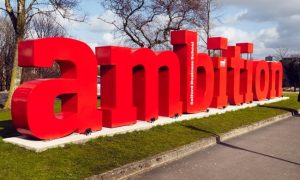 The first event will be a Salford Law Alumni Mixer, to be held on Wednesday 30 November in the Lady Hale building. The Law Mixer has been designed and organised by Lizzy Przychodzki and Lucy Fish, who together have created a unique event open to all colleagues, current students and alumni. The event will welcome recent Salford law graduates who will talk about their time at Salford and their route to employment. This will be followed by networking sessions and notable industry guest speakers who will highlight their own route into the profession, as well as key tips on applications and interview techniques. read more

There is a recognition that any young person who is missing from home is potentially at risk of serious harm or exploitation. Young people who are in the formal care of the LA are recognised as being at particularly increased risk. This has been a significant feature of the widely reported cases of grooming and child sexual exploitation (CSE). Kate Parkinson (University of Salford) has been involved in the initial evaluation of a new approach to tackling these issues. GMP (Salford Division) officers are working closely with Salford Childrens’ Services staff to ensure that there is a clearer focus on the welfare of young people and engage with them more effectively. The pilot has helped to reduce the number of missing from home episodes and there has also been an improvement in the working and organisational relationships between GMP and partner agencies in this field.

Kate presented the initial findings from this research at the College of Policing on the 11th May 2016 to police officers on a strategic leadership course, who are on track to be the chief inspectors of the future.

Kate is currently writing a report on the initial findings of the pilot, with her colleague Ian Cummins (Senior Lecturer in Social Work) which makes recommendations for the future of the service. With regard to the research, the next stage is to interview young people who regularly go missing to develop an understanding of the experiences of young people when they are missing and what support they may need.

For more information about the research, please contact Kate Parkinson at k.p.parkinson@salford.ac.uk or

Scientists have opened a door to faster, cheaper telecommunications after proving a new link between silicon chips and ‘rare-earth’ metals used in internet signalling.

Silicon is the ‘gold standard’ semiconductor at the heart of the computer industry but lacks the ability to produce, detect and amplify the light signals that are sent down optical fibre. For the amplification of these light signals, we rely on rare-earth elements, which were thought to not interact optically with silicon.

However physicists at Salford and the University of Surrey have made a novel discovery by showing for the first time, that light can be generated by an electron ‘jumping’ directly between silicon and rare-earths.

“The electronic data in silicon chips needs to be converted into light to send down optical fibre, then back to electronic data, by separate devices. If the conversion between electronic and light signals can happen on a silicon chip, it would streamline the way data travels around the world,” explains Dr Mark Hughes, lecturer in physics at Salford.

“It’s the Channel Tunnel factor. Instead of having to change from a train to the ferry and then back to the train, you would have one single train journey. It would be a major step forward.”

Rare-earths usually give off light at very specific colours or ‘wavelengths’, and silicon doesn’t usually give off any light at all. However, the physicists implanted the rare-earth elements cerium, europium and ytterbium into silicon and found that not only did it give off light, but the wavelengths emitted by the rare-earths had been shifted to those that can be used in optical fibre. The shift in wavelength showed that there must have been a jump or ‘transition’ of an electron from silicon to the other elements