The English research group is delighted to welcome Stephen Hornby as a new postgraduate researcher under the graduate teaching studentship scheme. 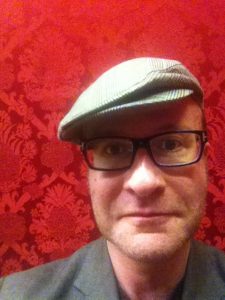 Stephens starting point is Marlowe’s Edward II (1594), arguably the first gay historical drama, and currently he finishes with Kelly’s Mr Foote’s Other Leg (2015).  The totality of English language historical drama featuring inter-male sex/uality in this period in is still a discrete body of work and Stephen will review it all for his thesis.  Writing about playwrighting is also a relatively small field; writing about historical playwrighting is rarer and about historical playwrighting with inter-male sex/uality rarer still.  The most prolific source of commentary is in unpublished programme notes from playwrights, which Stephen shall be investigating and systematically cataloguing.  His PhD is a practice by research proposal, so he shall be producing two full-length historical plays and giving each of them a rehearsed reading.  By cataloguing the process of researching and writing these plays, alongside his existing experiences as LGBT History Month’s National Writer in Residence, Stephen hopes also to provide insight into writing from archive and documentary evidence more generally. 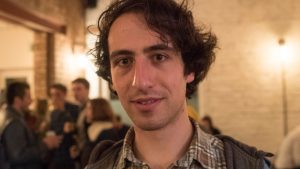 Joseph Frances’s research will focus on contemporary experimental poetry written against a belief that many of most of us live under unacceptable conditions of deprivation – and that as we resist material inequalities, we must reshape the conceptual limits imposed by the systems in which we live. Joseph wants to trace the ways that these poetries work to create new kinds of thinking which don’t simply reproduce the categories of the world they’re born into. Where much radically driven experimental poetry has aimed to destroy the language of oppression, he will examine poetries which work to create new, more liberatory configurations for being. Joseph will start with explorations of the resistive potential of poetry based in the divergences and instabilities of our affective experience, alongside asking what distinctly ‘poetic’ thinking can be found in those formal elements of poetry which are not communicative in the narrow sense.