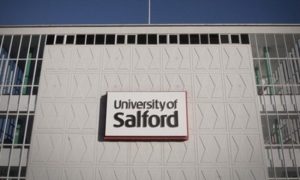 Dr Cristina Chiva, Lecturer in EU Politics, said: “So far, European leaders have been holding their cards very close to their chest, urging calm and saying very little about what will happen next.

“Silence should not be mistaken for weakness, though. Brexit is an existential threat to the Union, which is why, in the weeks that follow the referendum, the 27 member states are likely to get together and prioritise the survival of the EU over domestic pressures from Eurosceptic movements.

“Calls for similar referenda in other member states will remain unheeded. If anything, European leaders will probably learn a valuable lesson from Brexit – that they should resist calls for a referendum, at all costs. Within this context, it is only by projecting a united front that the EU might survive in its current format, for better or for worse.”

Dr Aleksej Heinze, co-director of the Centre for Digital Business at Salford Business School, said: “Now that Britain has voted to leave the EU, what are the digital business opportunities for the UK’s digital direction? There are a couple of countries beyond Europe that offer potential priorities for digital trade partners.

“The most obvious option is the closer collaboration with the real Silicon Valley in the USA. North America is already dominating Digital Economy around the globe. Forging stronger ties with Mountain View, California could be a safe long-term option. Some US-based organisations such as Google already have their physical base in London.

“In Asia, Bangalore is becoming the Silicon Valley of India. With the population of India predicted to overtake China in the foreseeable future, re-invigorating trade links and striking digital investment and innovation deals could be one of the strategic moves.

“In Africa, Nigeria is investing into its intellectual capital and digital infrastructure. Building trade links and closer digital business relationships with the Nigerian community would also offer a strategic and potentially viable investment of energy for the Europe Free UK.

“As for European digital superpowers, Amsterdam is the 2016 European capital of innovation, so forging closer bilateral links with the Dutch can also be a fruitful long-term digital trade partner.

“As for the rest of European Union Europe, the UK will have to wait and see what the Digital Single Market decision is. A lobby group can be established and in a similar way to big businesses, lobbying can commence to influence the decision from the outside of the negotiation tables.”

Simon Chadwick, Professor of Sports Enterprise at the University of Salford, said: “We are moving into uncharted territory here and this could have a big impact on the Premier League. If the pound continues to fall then foreign talent will become more expensive, so that could have a huge knock-on effect in the summer transfer window. Plus the wages of players coming to England are now worth a lot less than previously.

“As many as 400 players in the top two divisions in England and Scotland could fail new work permit requirements, including players like Dimitri Payet and N’Golo Kante. But it is very unlikely they will have to leave immediately.

“Will it boost homegrown talent? Clearly if we are going to restrict the movement of players, clubs will have to get their players from somewhere. But a lot of clubs have downsized their reserve teams. There could be a big onus on clubs to reconstruct their talent systems and English players could get more opportunities again. But at the same time the lack of international exposure could impact on their skills as they are not playing with the best players anymore.”

Eileen Fairhurst, Professor in Public Health with extensive experience of chairing NHS trusts, said: “One of the Leave campaign’s main arguments was that money which would be returned to the UK from exiting Europe would become available to be spent on the NHS.

“However, there remain serious doubts about whether that will be the case. The allocation of resources is always a political decision made in Parliament by the government, and today’s response from the City, as well as the Prime Minister’s resignation announcement, make this even more problematic.

“Within the academic sector, programmes such as Erasmus have had a huge impact on the careers of many of our academics and have provided excellent opportunities for British students to enhance their education. It would be a grave disservice to the younger generation if our participation in such schemes were abandoned.”

Dr Jonathan Lord, Lecturer in Human Resource Management and Employment Law, said: “Leaving the EU will not change current legislation, but will more likely affect the future protection of workers’ rights. It’s highly unlikely that legislation introduced by the EU will be removed as it not only has be entrenched into UK employment legislation, but has been woven into the best practice for employers dealing with employees.

“The main ramifications of this historic vote will be felt in the future. The protection of workers’ rights has been one of the key objectives of the EU, which has constantly scheduled future employment rights.

“In 2018 the EU General Data Protection Regulations is going to replace the current data protection directive. Will the UK implement this directive? It will take two years for the UK to extract itself from the EU, it’s an unprecedented move but it would be unusual for the UK to agree to future labour law from an institution of which  it is no longer a member.

“The other issue is when the European Court of Justice and European Court of Human Rights will no longer accept cases to be heard. This will be written into the Brexit agreement, but it could affect current and imminent cases that want to utilise a court which could act independently of the UK legal process.

“Therefore it’s more likely that employment law already implemented will not change, but future law will certainly be influenced from the UK, although one would hope that the UK would still adopt the best practices of European law.”

Tourism expert, Dr Neil Robinson, said: “In the short term, holiday flights to Europe will increase as a result of Brexit, but let’s not be too down – this is democracy at work, whether we agree with the outcome or not, the fact that we were given the option to vote should be applauded.”

Professor Karl Dayson, Associate Dean (Research and Innovation), said: “As predicted, the stock markets have already taken fright in response to the news, with the pound plummeting to its lowest levels since 1985, the FTSE falling more than 500 points, and the Bank of England’s Mark Carney saying he will do whatever he can to protect the banks.

“This is likely to be followed by 2-7 years of disruption, and a probable lumpy recession. Don’t be surprised if a campaign to ‘re-join’ gets traction if things turn ugly. The economic uncertainty will only be matched by political uncertainty, with a Conservative leadership campaign to find a successor for Cameron by October, Labour MPs potentially toppling Corbyn for his failure to campaign properly, and the SNP calling for a second Scottish referendum.”

Roland Fox, lecturer in economics and a specialist in international finance said: “The ball is really in the EU court now. One route would be to force out or sideline Jean Claude Junker who is in many way most to blame and have an EU wide Brexit vote.

“Charles de Gaulle, that hugely wise French president, once called the UK a US aircraft carrier moored off the Continent. How right he was, and it will serve as a constant irritation in the EU unless they reaffirm their unity in some way.”

Dr Moritz Pieper, lecturer on international relations, said: “Until the UK formally leaves the EU following negotiations, all security and foreign policy mechanisms will continue to work as usual. Thereafter, the UK will no longer be a part of the European External Action Service (EEAS), the EU’s foreign policy machinery, and the UK will not be able to contribute to EU crisis management and diplomacy.

“Outside of the Council of Ministers, London will no longer be able to decide on such vital issues as the imposition of EU sanctions – in the spotlight recently with the decision to extend EU sanctions against Russia – and the UK will also no longer be in a position to contribute to the formulation of common policies.

“While intelligence sharing mechanisms have already been stronger on bilateral bases with other member states such as France and Germany, the UK will not be a part of Europol anymore, and will have no say in the EU’s Common Security and Defence Policy.”