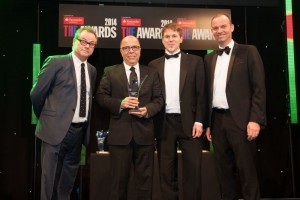 Interest has been growing in the technology which allows the use of compressed gas as a propellant in place of the more environmentally-damaging propane and butane.

Brand owners, including some large global players have made enquiries with the technology’s commercial arm the Salford Valve Company (Salvalco) which is currently testing in Europe, Asia and South America.

And crucially, the first product has been launched by Italian aerosol manufacturer BM, which is using the valve for its TamTam, Splendida and Fresh Aroma household aerosol brands that are sold across the country.

According to Massimo Macchini, BM’s managing director, trial batches of the product have “sold well and have performed successfully”, adding “We are now looking at introducing Eco-Valve for more of our lines.”

The company cites a long-term goal to phase out high volumes of hydrocarbon propellants (LPGs) from its supply chain and claims EcoValve offers “the first clean, non LPG system we’ve seen, which does not compromise performance.”

Having secured production of the valve through a company in Taiwan, Salvalvco says the company now has access to “hundreds of millions of units.”

The invention of EcoValve by Professor Ghasem Nasr and his team in the School of Computing, Science and Engineering a Times Higher Award in 2014 for Outstanding Contribution to Innovation and Technology.

A former industrialist at Tata Steel, Professor Nasr began thinking about a commercial application for his work on sprays and atomisation in the nineties and began work on a valve from 2004 to specifically replace LPGs.

Patents on the technology were gained from 2008 for application with aerosol products including air fresheners, hairsprays, polish, insecticides and more.