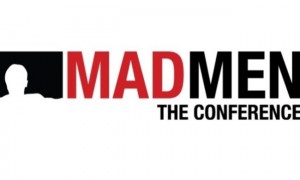 Dr Fairclough-Isaacs, with Dr Goddard and Dr Anthony Smith from the University of Salford, previously organised a conference about Twin Peaks and cult TV, which brought artists and academics from Europe, the US and Australia to our MediaCityUK campus last year. Dr Fairclough-Isaacs also organised the Big Reveal – Style Class and Industry, the world’s first international conference on lifestyle television, held in 2007.

Dr Fairclough Isaacs, who is also the School of Arts and Media’s International Lead for the Americas, said: “Mad Men was such a significant series for a number of reasons, particularly due to its historical authenticity. It considered recent US history through the prism of advertising in such a fresh way. Its depictions of gender politics, racial bias and the beginnings of counterculture are particularly significant.

“Mad Men has attracted a lot of critical attention from writers and academics, and many have tried to analyse Don Draper’s final hour, but until now it hasn’t been critically appraised at this level and given its own conference. We are very pleased to have attracted so many scholars to the conference, but the fact we’re bringing Matt Zoller Seitz, an internationally respected film and TV critic, adds extra significance to the event.”