‘Just remember this – in this country they drive on the wrong side of the road’: why we should have expected the referendum result 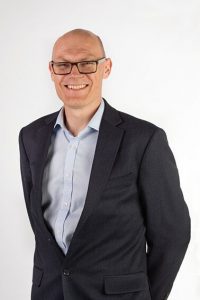 A week on from the referendum its time to take stock and grapple with a key question: Why was the referendum result such a surprise? Professor Karl Dayson, University of Salford, discusses:

Previous referendums around the world tend to drift back to status quo so most experts anticipated a Remain win (guilty as charged here). When polled by Opinium on the 22nd June the majority of the population expected Remain to win. Clearly Nigel Farage thought Remain was going to win, exemplified by his hokey-cokey concede/unconcede act throughout the night. And from Sarah Vine’s diaries in the Daily Mail its clear Michael Gove thought Remain would win:

‘You were only supposed to blow the bloody doors off,’ I said, in my best (i.e. not very good) Michael Caine Italian Job accent. In other words, you’ve really torn it now.
http://www.dailymail.co.uk/news/article-3665146/SARAH-VINE-Victory-vitriol-craziest-days-life.html#ixzz4D38vNdCX

Yet, with hindsight, the evidence was all there that Remain were going to struggle. A YouGov poll on the 18th June found that 51% didn’t believe that the Remain campaign understood the concerns of ordinary people (only 30% said it did). By contrast 46% felt that the leave campaign was more in touch (only 35% argued it wasn’t). On a 21st June YouGov poll the Leave campaign was seen as more honest and more positive. While the BBC TV debate on the 21st June was also seen as win for Leave. Neither did the Remain campaign’s warnings (the so-called ‘Project Fear’) cut through with only 26% believing they would be worse off personally if we voted to leave (compared to 19% who believed they would be better off and 51% who felt it would make no difference – Opinium 23rd June). The Leave campaign was having more success with its messages. YouGov on the 23rd June founds that 51% stated that immigration would decline if we left the EU and 35% said that the NHS would also be better (24% said it be worse). Leave also had the less unpopular political party leader (excluding Scotland) with IPSO-MORI on the 22 June showing a net dissatisfaction with Nigel Farage of -6%, compared to -23% for Cameron, -25% for Corbyn and -13% for Farron.

Driving this insurrection against the nation’s elites (and polls consistently showed that the Remain campaign was seen as elite project) there were structural factors in the UK that were overlooked. Michael Savage’s essential ‘Social Class in the 21st Century’ (2015) captures the transformation of class relations, the spatial divide resulting in fewer inter-class interactions, and the emergence of an elite class and the Precariat. The latter aren’t just poorer, they have been stigmatised, marginalised and patronised, and they know it.

‘Their resilience and resistance in difficult circumstances are misrecognized as crassness; their protection of their preferences is known as ‘bad taste’, and that, couple with their sense of community, is viewed as part of their bad judgement and rigidity. Although the precariat are highly visible, and their ‘bad taste’ the rationale behind the practice of vilifying them, the value they have remains invisible. Today’s class culture is too loaded towards the privileged to allow them a place.’ (Savage et al 2015:358)

The wailing of Remain supporters since Friday morning serves to reaffirms Savage’s critique of contemporary Britain and why continual demands for another referendum, or setting-aside the result, may be more risky making the best of bad situation.

Like at the culmination of the Italian Job we’re all perched precariously on a cliff edge and one false move and we’ll fall together.