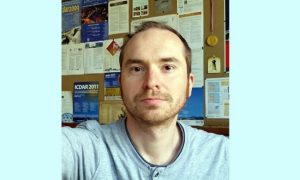 An academic from the School of Computing, Science and Engineering, Stefan Pletschacher, has been elected to a prominent committee overseeing the main format used by the world’s most important libraries to represent and make available their digitised holdings.

Stefan, a member of the PRImA (Pattern Recognition & Image Analysis) Lab, has been elected by his peers to the Editorial Board of ALTO. ALTO (Analysed Layout and Text Object) is a type of file used by libraries and software companies worldwide as the representation format for digitised content. As such, it plays a key role in the ongoing efforts to make mankind’s printed heritage available online. It is maintained by The Library of Congress and overseen by the international editorial board.

The Editorial Board is responsible for standardising the implementation of ALTO so that it is generic enough to cover a variety of real world uses and practical application by software developers, while at the same time avoiding ambiguity and misinterpretation when taking into account differences in writing systems and languages worldwide.

Stefan is the only UK-based member of the international committee, which also includes members in Singapore, Finland, Germany and the United States. Aside from his work as a Research Fellow and Lecturer here at Salford Stefan has also been a freelance software developer and consultant, playing key roles in large-scale international projects as well as overseeing the development of numerous open source and commercial software projects.

Speaking after his appointment, Stefan said: “It’s an honour to be chosen to sit on this prestigious committee, and for the University of Salford to be working with major international institutions and represented at the heart of the vital efforts to digitise global print heritage for future generations to access and learn from.”