On Monday, 6 March 2017, three Salford academics delivered papers at a one-day conference held at Pembroke College, Oxford. The conference on ‘Military Doctrine: Past, Present and Future’ saw historians and armed forces practitioners meet to discuss the way in which military doctrine has been formulated and disseminated in the past, with a discussion on how past and current experience can inform future practice. The conference was hosted by the Oxford Changing Character of War (CCW) Programme. Three Salford military historians – Dr Brian Hall, Professor Alaric Searle and Dr James Corum – delivered papers, together with other academics and several practitioners. 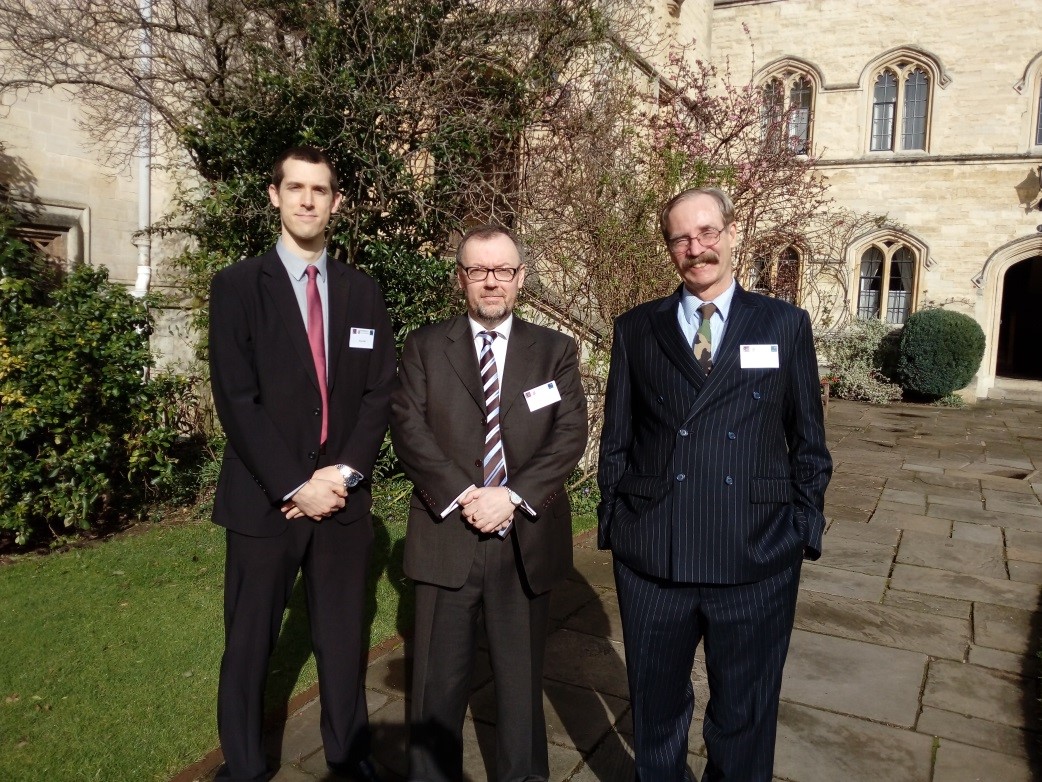 ‘The idea for the conference emerged after a discussion I had with Dr Robert Johnson, Director of the CCW Programme, while I was a Visiting Fellow at Pembroke last semester’, explained Alaric Searle, Professor of Modern European History in the School of Arts and Media. ‘The basic idea was that if we considered how military organisations had developed their doctrines from a historical perspective there might be lessons which contemporary military organisations could draw to inform future practice. If we invited those who had written recent doctrine, then that would create a discussion between practitioners and historians.’

Military doctrine is, in essence, what armies put in their manuals; the process itself can be very contentious, often leading to major internal controversies inside armed forces. The aim of the conference was to provide an international, historical perspective, and combine these papers with presentations by those who had been involved in the process in the past. Professor Searle began the conference with an overview of historical experience and the lessons which suggested themselves. Dr Brian Hall, Lecturer in Contemporary Military History, offered a case study of British communications doctrine in the First World War. Dr James Corum, Lecturer in Terrorism and Security Studies, one of the co-authors of the US Army FM 3-24: Counterinsurgency manual of 2006, written under the direction of General David Petraeus, reported on the experience of doctrine-writing for what has turned out to be the most down-loaded field manual in history.

The conference provided an opportunity for Salford to showcase its expertise in both military history and high-level practitioner experience. Professor Searle noted: ‘It is always very pleasurable as a historian to be able to engage in debate with military professionals and test one’s ideas and interpretations with those who have been involved in real-world policy making, even if it is at times slightly intimidating to be debating with high-ranking officers. However, my experience has been that quality research can very often throw interesting new perspectives on practical problems.’ He added: ‘While the general public often regard history as something which is not particularly practical, it often is extremely useful for policy-makers. Events such these demonstrate the relevance and importance of historians and political scientists for the University of Salford’s ICZ agenda.’