Salford Professor announced as Fellow of the Academy of Social Sciences 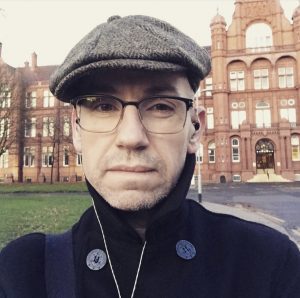 A leading scholar in sociology and criminology specialising in audiences, consumers, technology, fans, sport and games has been conferred as a Fellow of the Academy of Social Sciences.Garry Crawford, Professor within the School of Health & Society is one of 58 leading social scientists awarded the Fellowship this year. He is only the fifth at Salford, including our former Vice-Chancellor Professor Michael Harlow, to have received this honour.

The new Fellows are drawn from academics, practitioners and policymakers across the social sciences. They have been recognised after an extensive peer review process for the excellence and impact of their work through the use of social science for public benefit. Garry was nominated for the Fellowship by the Leisure Studies Association for his contribution to the field of digital leisure.

It’s been a pretty momentous week for Garry, who has also just released a book around the culture of Video Games.

“Each new Fellow has made an outstanding contribution in their respective field and together they demonstrate the vital role played by social science in addressing some of our most pressing public issues.

We are delighted to welcome them to the Academy.”

Speaking about the announcement, Garry said: “It really is an honour to be conferred a Fellowship of the Academy alongside so many great scholars.”

Garry is a Professor of Cultural Sociology, a Director of the University of Salford Digital Cluster and has authored eight books. He has worked at the University for ten years and is a proud alumnus, having graduated from Salford in 1995 with a degree in Sociology.

In addition to his University position, Garry is review editor for the journal Cultural Sociology.

A full listing of all new Fellows can be found on the Academy of Social Sciences website.