In the ten years since Tim O’Reilly coined and popularised the concept of Web 2.0 it has become the basis for many claims and blames. Invoking Web 2.0 has also become the vehicle by which many traditional roles are being redefined and extended (or at least claimed to be).

One of the most noticeable of these changes has been the role and meaning of the curator. Formerly associated almost exclusively with museums and galleries, curatorship was once solely a profession for maintaining and documenting artefacts assembled within a consciously organised collection. But Web 2.0 has changed our perspective of who a curator is and the basis for their activities on social networks such as Pinterest. 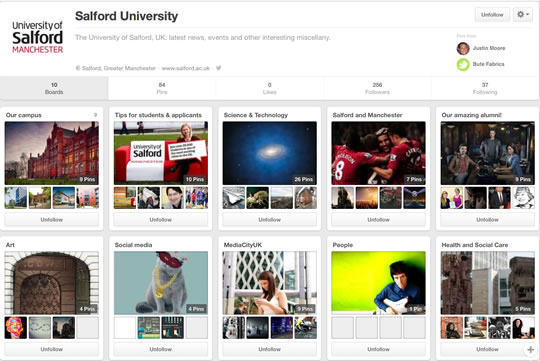 Of all the popular Web 2.0 services Pinterest is the best example of how the meaning of curatorship has been changed and expanded. Pinterest’s curators are largely enthusiastic amateurs and their curation activities involve presenting copies and links to items rather than collecting the items themselves. And in many cases it would be fair to say the Pinterest boards are wishlists of the curators themselves.

What is the difference between an amateur and a professional curator?

This means that the lose of a Pinterest board does not also mean the lose of the items themselves. A distinction that perhaps unsurprisingly mirrors the wide-ranging debate regarding the difference between theft and piracy of software and digital music and videos. What sets an enthusiastic amateur collector of digital artefacts apart from the traditional museum curator is the basis and rationale for the choices that each makes.

In the traditional museum the curator takes on the overall responsibility for maintaining a collection that is representative of the whole from which the artefacts come. These artefacts are collected based on decisions informed by recognised research and the combined opinions of many experts in the field. A Pinterest board is based on the more simplistic collection of associated ‘likes’ generally determined solely by the individual who has set up the Pinterest board.

Management lesson 1: be a curator

Exploring this expanded role of the curator further it is possible to identify the role of a manager as being one that also incorporates curatorship in both the traditional and more expanded form. This has become even more true with the conscious recognition that organisations need to be sustainable in all senses of the term and are expected to make a commitment to corporate social responsibility. However, by not recognising the curatorial nature of their actions managers are liable to remain anchored in a position similar to that of the amateurs of Pinterest.

Managers who engage in amateur curatorship are liable to, and regularly guilty of, copying and imitating what they have seen and liked elsewhere – often with only a minimal rationale or relationship to their own organisation’s needs. In contrast, managers who regard their curatorship as an integral aspect of their role will bring together people, items, processes in a systematic way that creates and supports the whole organisation rather than just creating a series of functional (or worse, dysfunctional) parts.

To explain further. The manager takes temporary responsibility for their organisation. Good management is in part recognition that the organisation itself will endure beyond their  own individual tenure. All the famous and professionally curated collections have been established over many years through the conscious decisions of a series of curators.

Each decision is separate (but interconnected) and made for a range of reasons including removing duplication, representing a complete theme (in other words, completing a set of related objects) or to represent more contemporary artefacts. These are the operational aspects of curatorial management and in effective organisations operational decisions always align with the overall focus and purpose of the organisation’s collection.

Management lesson 4: have a strategy

Science museums do not collect flora and fauna as a rule and natural history museums do not collect steam engines. In the wider forms of organisations we can see the artefacts represented by items including technology, software, equipment, processes and, if the analogy is stretched to breaking point, people. Knowing the focus and purpose for a collection mirrors what a manager would – hopefully – describe as a strategy or perhaps even a vision.

Pinterest encourages its curators to also adopt a (‘light’) strategy by focussing on a particular topic such as shoes, a celebrity or a location. Unlike a Pinterest board or a museum however, the organisation does not always have its strategy identified on the nameplate on the front door or so directly visible on the front page of its website.

Of course, just connecting management to the concept of curatorship is only part of the story and does not even begin to touch on the importance and impact of leadership. When we talk about organisations we are talking about people and unlike artefacts they are supremely complex and do not respond well to the idea of being represented as pieces on a simplistic organisational chess board.

Constant dialogue and engagement with your Pinterest followers allows you to build up your community. On Pinterest following is voluntary – because people like what you share. This is not really that different from an organisation – most employees have the ability to choose whether they work for your organisation or another. If you listen to your employees and regularly communicate with them the strategy and operational decisions chances are they like what you do. As an added bonus, if your social media followers like what you do they will also buy into the strategy and will re-share the vision and mission of your organisation.

Can management be compared to curatorship?

What is the most effective way to train managers to consider the curatorial aspects of their role? What do you think?