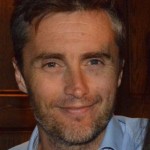 The Northern Powerhouse is as much a marketing slogan as a description of a political or economic reality. But as with all marketing, once an idea is established in the public’s consciousness, it may in fact magically become something more concrete.

It’s certainly clear that something exciting is happening in Manchester’s digital and creative industries. They were measured at 56,000 employees in the Tech City report of January 2015, making them a pivotal employer for the region.

The BBC’s move to MediaCityUK in Salford had an accelerator effect, creating additional jobs in supplier industries like post production and digital suppliers – whilst encouraging other creative firms, including our own, Shine North, to make the migration too. A digital talent base is making its long term home in Manchester – even if some of the people who make it up originally came to town reluctantly as BBC transplants.