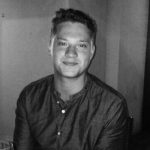 END_OF_DOCUMENT_TOKEN_TO_BE_REPLACED

Tags: careers advice, Medley Academy
Comments Off on Careers advice: how to land your #DreamJob