Ayodeji Emmanuel Adebayo is a final year BSc Business Information Technology student at the University of Salford. He spent the second year of his course at Coe College in the USA by joining our study abroad scheme. We spoke to Emmanuel about his experience.

How did you end up spending your second year in America?

When I was choosing the BIT course I realised there was an opportunity to either have one year abroad in the second year or do a placement. I decided to go abroad to get out of my comfort zone and find out what it’s like to live independently in another country. In the end I chose to go to Coe College in Cedar Rapids, Iowa.

I had to fill out visa forms and attend visa interviews. It wasn’t too stressful but time was starting to run out at this point because it was nearing August and we had to start college on the 24th August, my arrival date. I had to get all the visa documents and paperwork fast tracked!

Did you have help from staff at Salford? 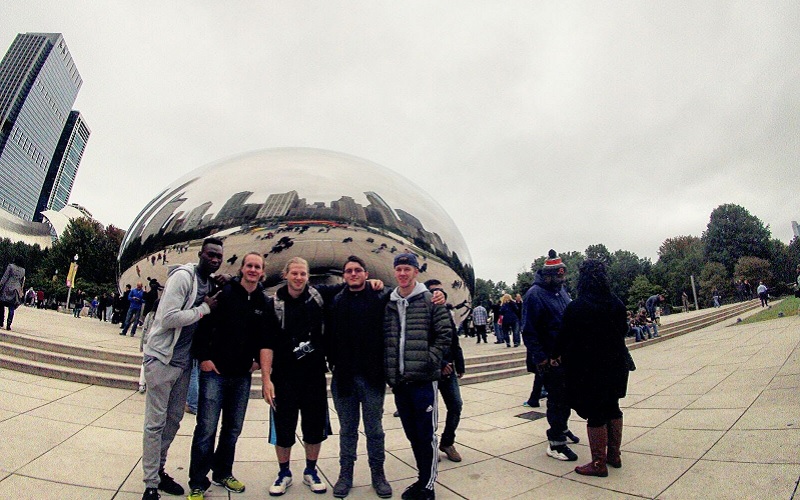 How was studying different in America?

Over in America I mixed and matched my modules for the two semesters, I chose four in one semester and four in the next. I also did some health classes as well because they didn’t have enough modules for me to take that were compatible with my BIT from Salford. I did what was best for me and selected two classes relevant to my course and two classes that would better me as a person.

The courses over there were very enjoyable, the way they study is absolutely amazing. The maximum amount of people in the class was 15 and everyone got to speak to the teacher and got one-to-one time. Everyone got exactly what they wanted, no one got left out. That’s what I like the most about how they study.

The campus is HUGE even though Coe College has only 1,500 students. There’s trees everywhere, it’s clean and there’s no smoking on the campus. It’s a beautiful day whenever you go out. You can go out to the grass and study and no one’s there to disturb you.

They had dorms, like Salford’s halls. Some are for girls only, some are a mixture of boys and girls, some are boys only. I was in the boys only dorm and it’s like a little community. 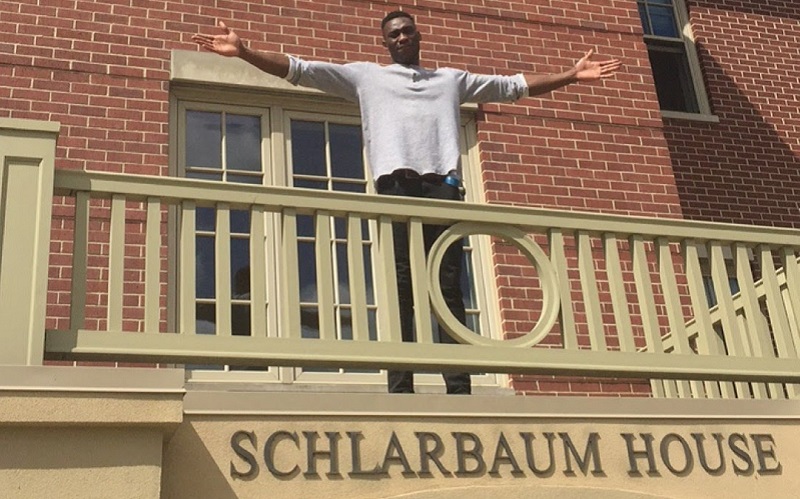 What was the most important quality you needed to adapt to Coe College?

I’m a talkative guy and I like to know what people are doing. I like to converse with people. Networking is a big part of studying abroad, you have to speak to people, if you don’t talk to anyone it’s a big limitation.

Tell us about your favourite experience while studying in America.

The best time I had when I was in America – people might not believe me – was participating in classes and being able to present in front of the whole class. I love the fact that I’m able to speak in front of a huge crowd. There were classes where we had to present every week, twice a week, three times a week. That developed me, it changed the way I spoke, changed my body language. It made me more confident.

It sounds like studying abroad helped you develop as a person.

Yes. Doing the programme made me feel like I was one year ahead of all my friends. Within the first two weeks of coming back I got a job, a car and I’m doing presentations in class like it’s nothing. Being on my own I became more independent and I was able to think for myself. 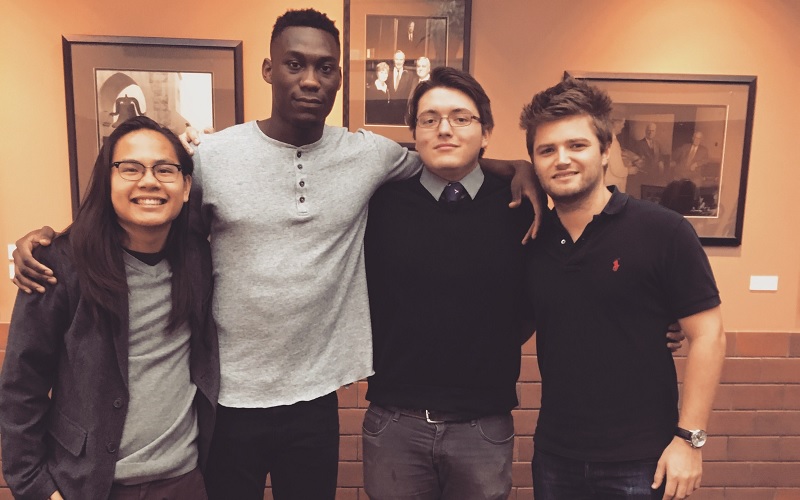 What would you say to anyone considering studying abroad?

It’s an adventure of a lifetime. You’ll never forget it. Definitely go for it, it’s worth it.

What about your personal future?

I want to become a business analyst. To get into that role after finishing university I’ll have to do a coaching course. They’ll teach me to write my CV like a business analyst so I can enter the field as a junior or entry level analyst. That’s what I want to do with my future for now, but I’d like to own a business one day.