The first and second year of my BA Journalism (Multimedia) course definitely brought many challenges where we learned the theory and practice of being a working journalist. Then, everything that we had been taught was combined in third year and the pressure was really on.

First semester was intense. Work placements were balanced with essays and other modules ran alongside news days. You’re probably wondering what ‘news days’ are. I’ll explain…

Across the course of 16 days, everyone on my course piled into the biggest computer room that the MediaCityUK campus building has to offer. We were each given roles that would be found in a real news room environment – editors, graphic designers, news reporters, feature writers and more. The plan was to work together as one big team to gather real content and get TV broadcasts, radio bulletins, online articles and newspaper pages out before the strict deadlines hit. 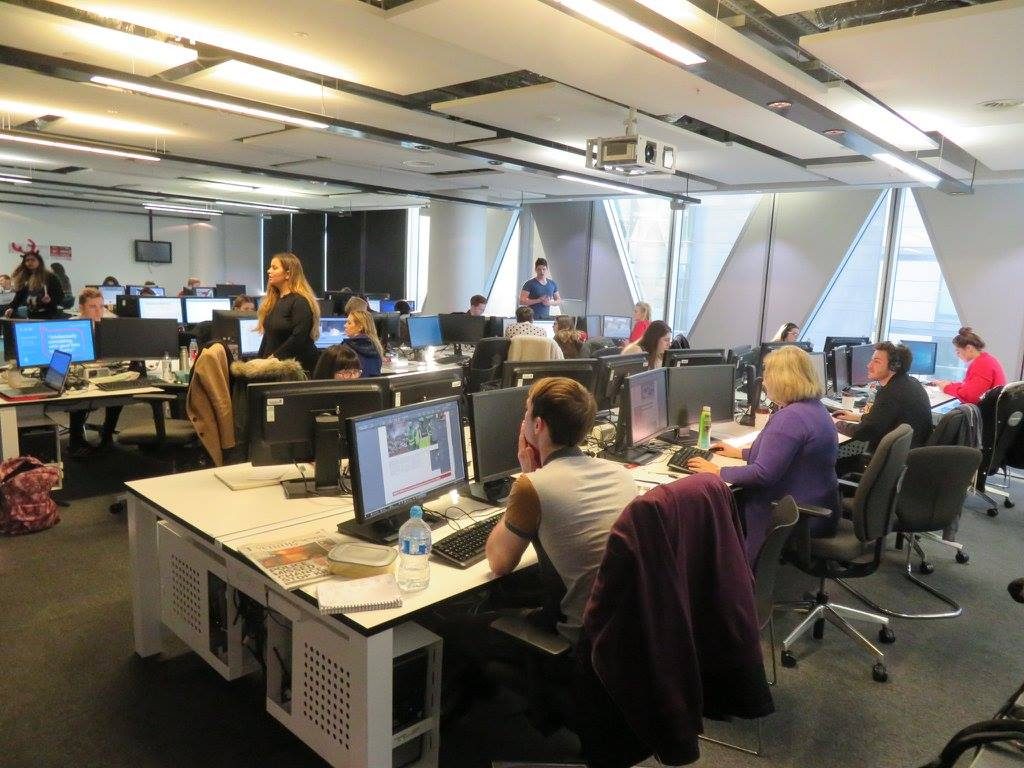 No two days were the same. One day I was sitting in front of a computer screen designing infographics and the next I was speaking to members of the public and filming in Manchester City Centre. Almost every day included some kind of unhealthy lunch though. I still don’t really fancy Subway…

Each day came to a close with feedback on all platforms from lecturers and a live TV broadcast. It was such a positive rush seeing the final product and knowing that you had played a part in it.

I left the final news day with a huge smile on my face – and that’s not just because they were finally over! I felt like my journalism skills had improved, I felt a lot closer to peers who I’d previously never spoken to and had a lot more confidence than the two weeks before.

There were tears, disagreements and raised voices. There were also big smiles, laughter and teamwork. That may sound dramatic, but there really was. One of the lecturers described the whole process as “climbing up a hill” – you don’t get to slide down it without the hard work of getting to the top first.

With our news days being stepped up a notch from the previous year, they were unarguably challenging. However, they were also a valuable experience which will benefit myself and my course mates in the future. Bring on semester two!