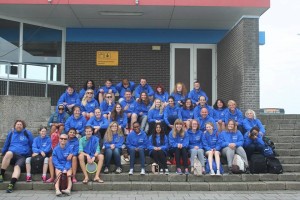 Throughout August 2015 the third research summer school for optimising radiation dose and image quality (‘OPTIMAX 2015’) was held in Groningen, The Netherlands.

Fifty three people participated, including PhD, MSc, BSc students and tutors from physics, radiography and nuclear medicine. Throughout the summer school five empirical pieces of research were conducted in multinational teams and these will be presented at the European Congress of Radiology, Vienna, Austria in March 2016.

Aside this important outcome was the production of an open source book (OPTIMAX 2015, Multicultural team-based research in radiography, a holistic educational approach) which can be downloaded for free (http://usir.salford.ac.uk/38008/). The book contains 11 chapters. These chapters include the five empirical pieces of research and also five review chapters. The review chapters are based upon information sessions delivered as group work and lectures during the first summer school week.

The next OPTIMAX summer school will be held throughout August 2016 at the University of Salford.