We have recently won a €60,000 research contract with the European Commission to support the process of updating the European Code of Good Conduct for Microcredit Provision. This will involve facilitating a series of workshops and consulting with practitioners and stakeholders. 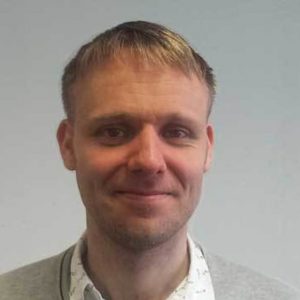 This has recently been announced on the website of Directorate-General for Employment.

Microfinance experts Prof. Karl Dayson and Dr. Pål Vik from the University of Salford will collaborate with the European microfinance sector. read more

SHUSUs Dr Lisa Scullion has become the University of Salford representative for the Greater Manchester Poverty Action (GMPA) Principal Partner Scheme. GMPA coordinates networks of organisations and individuals to collectively influence policy and practice to address poverty across Greater Manchester. GMPA are keen to ensure that the GM academic institutions have the opportunity to contribute to their network, and the Principal Partners Scheme provides a platform for disseminating the excellent anti-poverty work that is being undertaken by the University of Salford. read more

As part of the REF readiness exercise in preparation for our REF submission in 2020, the Impact, Engagement and Environment Coordinator, in conjunction with the School Impact Coordinators, is holding a series of ‘Impact Case Study Action Plan’ meetings with identified case study leads.

Initial meetings have already started to take place and will continue throughout September and October. These will be followed up by mid-point review and year-end review meetings.

The aim of these meetings is to set a number of SMART objectives to guide our case study leads through the development of their case studies across the next two years in preparation for the final REF submission. read more

During the course of the summer, two members of Politics and Contemporary History were involved in teaching and lecturing at Nankai University, Tianjin, China. Dr Moritz Pieper presented a research paper at the Zhou Enlai School of Government, while Prof Alaric Searle delivered a four-week course on ‘Classic Works of British Historiography’ to undergraduates in the Faculty of History.

The title of Moritz’s talk was ‘Mapping Eurasia: Comparing the Competing Public Diplomacies of Russia’s “Greater Eurasia” and China’s “Belt and Road”’, which he delivered on 19 June. In his guest lecture, he presented a survey of the public diplomacies of China’s Belt and Road initiative and Russia’s vision of ‘Greater Eurasia’. Despite a level of economic competition between the operating modes of the economic land corridors envisioned under China’s ‘new Silk Road’ initiative and the Russian-dominated Eurasian Economic Union, Moritz argued, a convergence of interests between Russia and China on the global plane might temper the effects of regional rivalry. read more

Dr Brian Hall, Lecturer in Contemporary Military and International History, has been awarded the ‘Whitfield Prize for 2018’ for the best first book on British or Irish History by the Royal Historical Society. The award was made in London during this summer, Friday, 6 July, when Brian was presented with the prize by the Society’s President, Prof Margot Finn.

His book, Communications and British Operations on the Western Front, 1914-1918, published last year by Cambridge University Press, came out on top in a strong field of seven monographs which were shortlisted for the prize. The Whitfield Prize is awarded for books which are original works of scholarship, they must be the author’s first work, published in English, and by an author who received their doctoral degree from a British or Irish university. Brian’s book was chosen from a shortlist of works by authors who received their PhDs from, among other institutions, the universities of Newcastle, Cambridge, Oxford, Birmingham and Queen’s Belfast. read more