Home / Political Marketing: all change in 2017?

Political Marketing: all change in 2017?

Salford Business School lecturer Dr Peter Reeves writes on the importance and recent evolution of political marketing, and how the strategies employed by key players could be even more influential in 2017.

I have been busy over the last year or so working on a very special political marketing project.

I have been Guest Editor for a Special Issue of the Journal of Customer Behaviour.

The topic of the special issue has been on political marketing: voters, political parties, candidates and elections.

What is political marketing, and why is it important?

I believe that it is important, as we can see how the techniques of marketing are being used by political parties and politicians in many countries around the world. Whether this be in terms of political advertising, social media strategy, celebrity endorsement, brand management, market research and targeting etc.

Inside the special edition

Politics is ever changing. For example in 2016 there have been two landmark political events; the UK referendum on EU membership resulting in a vote to leave, and the Trump and Clinton election campaign which Donald Trump won. These are two landmark events. It can be argued that more than ever political decisions by voters are being influenced by marketing activities of political actors as part of their campaign strategies. Hence I believe it is in the interests of international democracy for academic insight into the political marketing approach. 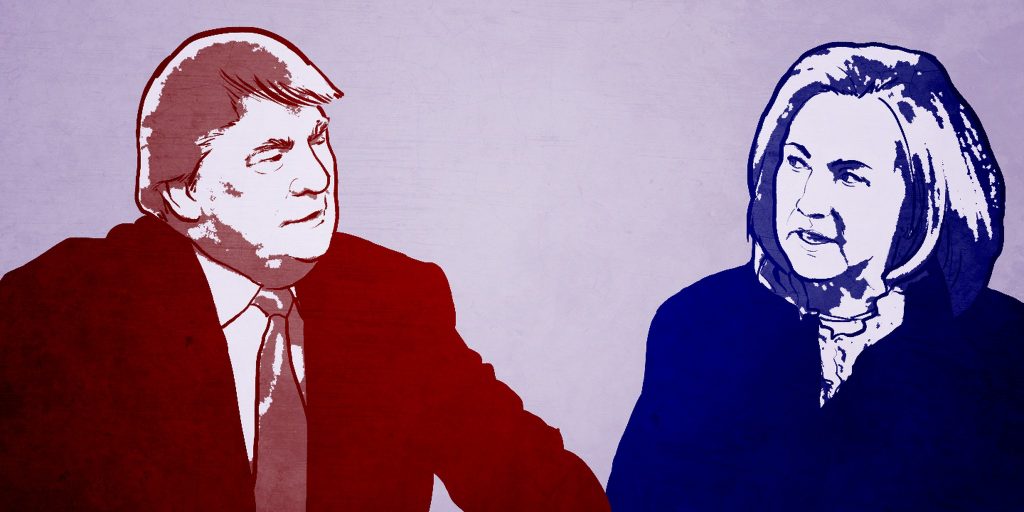 Trump Vs Clinton. 2016 US Presidential Election

The special edition of the Journal of Costumer Behaviour I have guest edited, and which is out now, brings together contributions from writers in political marketing based in the UK, US, Canada and Ireland.  The special edition provides some fascinating insights into the world of political marketing. One of the overarching themes stemming from the issue is how brands are permeating politics. For example, Kaneva and Klemmer introduce us to how political candidates have become ‘brandidates’. Experienced political consultants Ridder and Dabbs articulate how the US presidential race was based on long term brand building activities of the political candidates. Wood and Shen examine the role of celebrity endorsers in the context of political candidates.

What perhaps I never envisaged was just how increasingly negative the tone of recent political campaigns have become. This negative dimension is illustrated in contributions by studies in the special issue which discuss issues around immigration and indirect prejudice, as well as how politics has responded to such negativity towards mainstream politics.

So where does all this lead? There is in my view a risk that political discourse becomes increasingly more negative and confrontational in Europe and North America. Therefore negativity and resultant apathy may escalate. As recently shown by Schofield and Reeves satisfaction amongst the electorate is of significant importance in voting behaviour. Furthermore, I would suggest that if voters become dis-satisfied with political parties, politicians and policies, then political brands become tarnished and damaged long term.

This special edition is made available via Westburn Publishers. I would also love to hear you opinions so you can drop me an email.

Posted in Business School
Comments Off on Political Marketing: all change in 2017?