Home / Pokemon Go App and the rise of #PokeBusiness

There are many guides that explain how to play Pokémon Go but there is less recognition of the reasons why the game itself is so compelling. Most importantly, Pokémon Go necessitates getting out into the streets and parks to find elusive Pokémon. This is not a game that can be played from the couch (unless you are using a GPS Spoofer of course – but no cheating!). 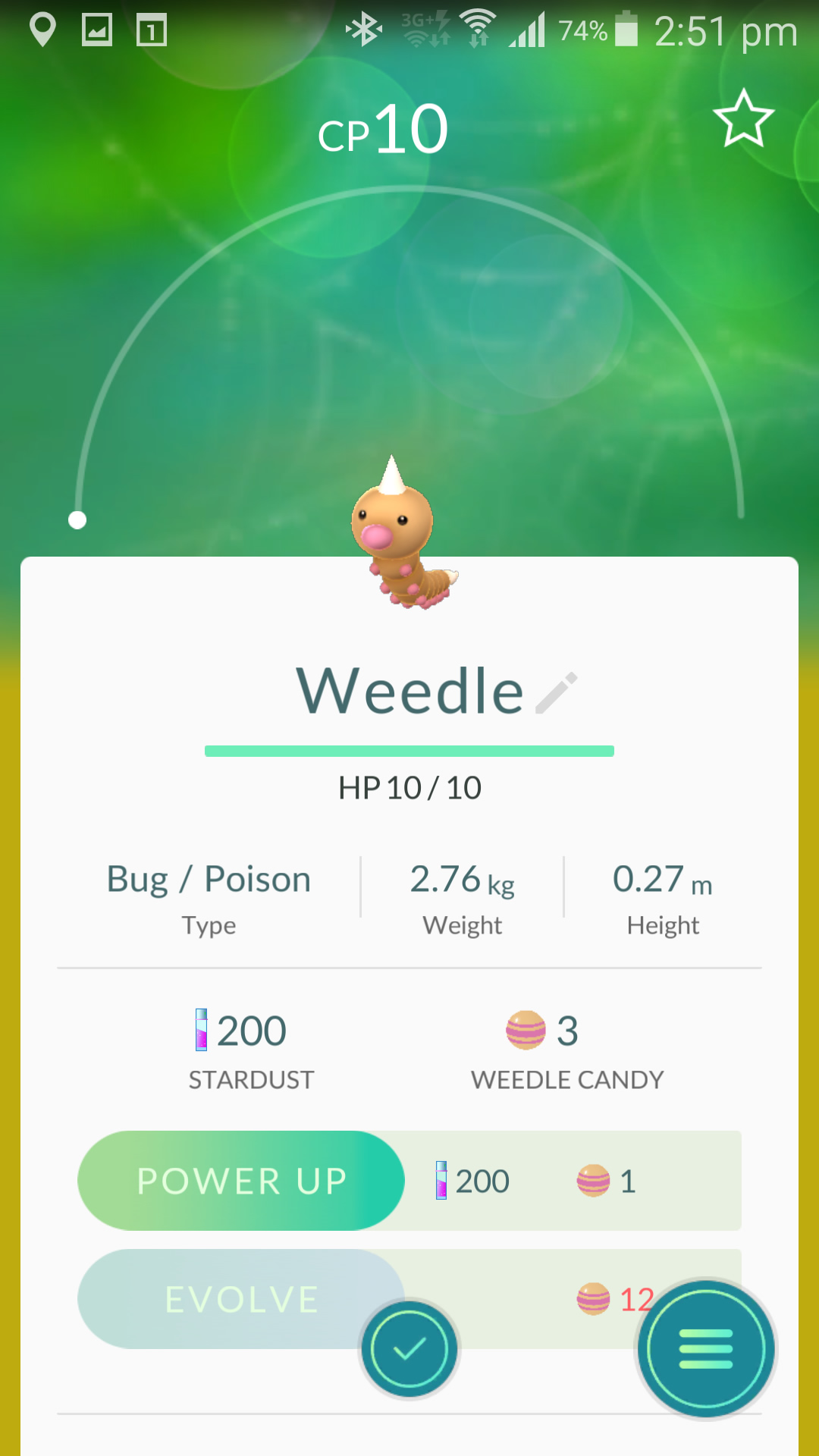 Pokémon appear at various locations and one of the central aims of the game is to catch at least one of each type. This aspect of the game appeals to those inclined towards discovering and collecting. 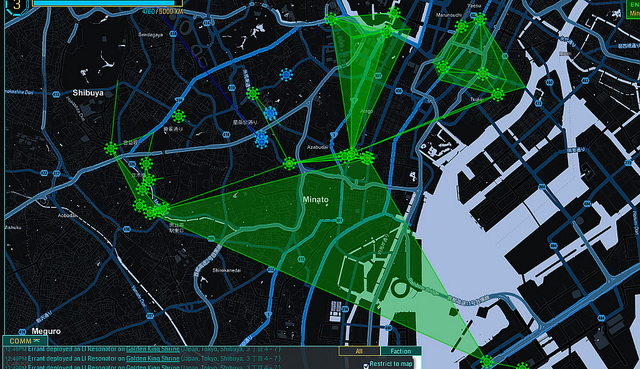 Pokémon Go makes extensive use of the knowledge and experience of Niantic’s augmented reality game, Ingress. In fact, the location of PokeStops – supply points in the game – are based on the locations that were originally defined by Ingress. PokeStops provide PokeBalls that are the mechanism to catch Pokémon as well as various potions and other items including eggs.

Eggs can be hatched to – hopefully – get new and rare Pokémon. But to hatch eggs the player must walk to clock up the necessary kilometres. Rarer Pokémon are more likely to appear from 5km or 10km eggs than they are from the 2km versions. In many ways the opportunity to hatch eggs references back to the old Tamagotchi craze of the 1990s.

Finally, there is a fighting element to the game. Players can visit gyms that are dotted between PokeStops. Pokémon can be trained and upgraded – and eventually evolved – to improve their performance in the gyms. The battle element also brings in the ability to affiliate to one of three teams that brings a further competitive edge to the game.

It is possible to focus on one, two or all three aspects of this gameplay with similar levels of satisfaction and enjoyment.

The game has broad appeal which has undoubtedly also contributed to the millions of downloads. For younger players the game is appealing because it introduces the relatively unusual game mechanic of augmented reality. This is usually identified as the overlaying of Pokemon on a real background – and the basis of many of the photos that have been used to describe the game. However, it is the overlaying of the game world directly on top of Google Maps that is far more important for the game’s success.

For slightly older players (in their 20s or 30s) the old Nintendo brand will re-ignite memories of youth and enable them to relive the experiences of aspiring Pokemon Trainer Ash Katchum. Of their old Gameboys or perhaps the cheesy PokeRap that ended each episode of the animated television series.

For the more fitness conscious Pokémon Go is a more compelling app than the various fitness trackers. Whereas fitness apps merely record what exercise you have managed to complete in a day the game gives you a reason to go outside and be active. For many, it is the motivation to be active that is currently missing from their sedentary lifestyle.

All these reasons converge on the app – making it a meeting point for a range of different people. It would not be an overstatement to suggest that Pokémon Go has the potentially to draw families together.

If you walk – or possibly drive – past a local park you will have noticed an increase in human activity. There is a tiny war memorial near my home. Until a few weeks ago it was usually empty or solely occupied by the occasional homeless person. Now it is a gym and a PokeStop.

Going past it is difficult to find an empty bench. I have spotted simultaneously two women walking loops around the small path – presumably hatching eggs, a jogger trotting on the spot while frantically tapping her phone, three teenagers with backpacks standing facing the memorial and a couple standing cuddling while at the same time having their phones in their hands.

I have also driven past a couple standing in a very remote village facing a church tower at sunset. It is also a Pokestop.

The telling mark that they were playing the game were the leads from their phones connected to external batteries. Pokémon Go will definitely drain your phone’s own resources!

The immersion that the game encourages is almost reminiscent of the game “Better than Life” that was introduced into the Red Dwarf book series. In “Better than Life” the game is so compelling that humanity gives up its physical existence. An extreme vision of the future that we are now experiencing with Pokémon Go. This is not an understatement as the reports of accidents

and deaths allegedly connected directly with the game are being enthusiastically presented by the media.

Despite the negative reporting there are real business opportunities emerging in the wake of the game’s release. For big businesses there are many branding opportunities. All sorts of branded merchandise are emerging as a result of the game’s success. And Nintendo is taking the opportunity to offer relaunched versions of the earlier games.

The new Pokémon movie, Detective Pikachu, – one in a long series – will almost certainly receive cinematic release in the UK and elsewhere.

On a smaller scale, The Manchester Evening News (MEN) and many other media outlets have devoted thousands of words to the phenomenon – and presumably selling more papers. The MEN helpfully offered an article on where to find the rarest Pokémon in Manchester. This was then bettered by the local taxi firm, Street Cars, which is offering to take players on a £20 journey that would cover all the best spots in Manchester’s city centre. The company is also offering to take players further afield for an extra fee.

Salford Business School spotted a Pokémon on the way to graduation: 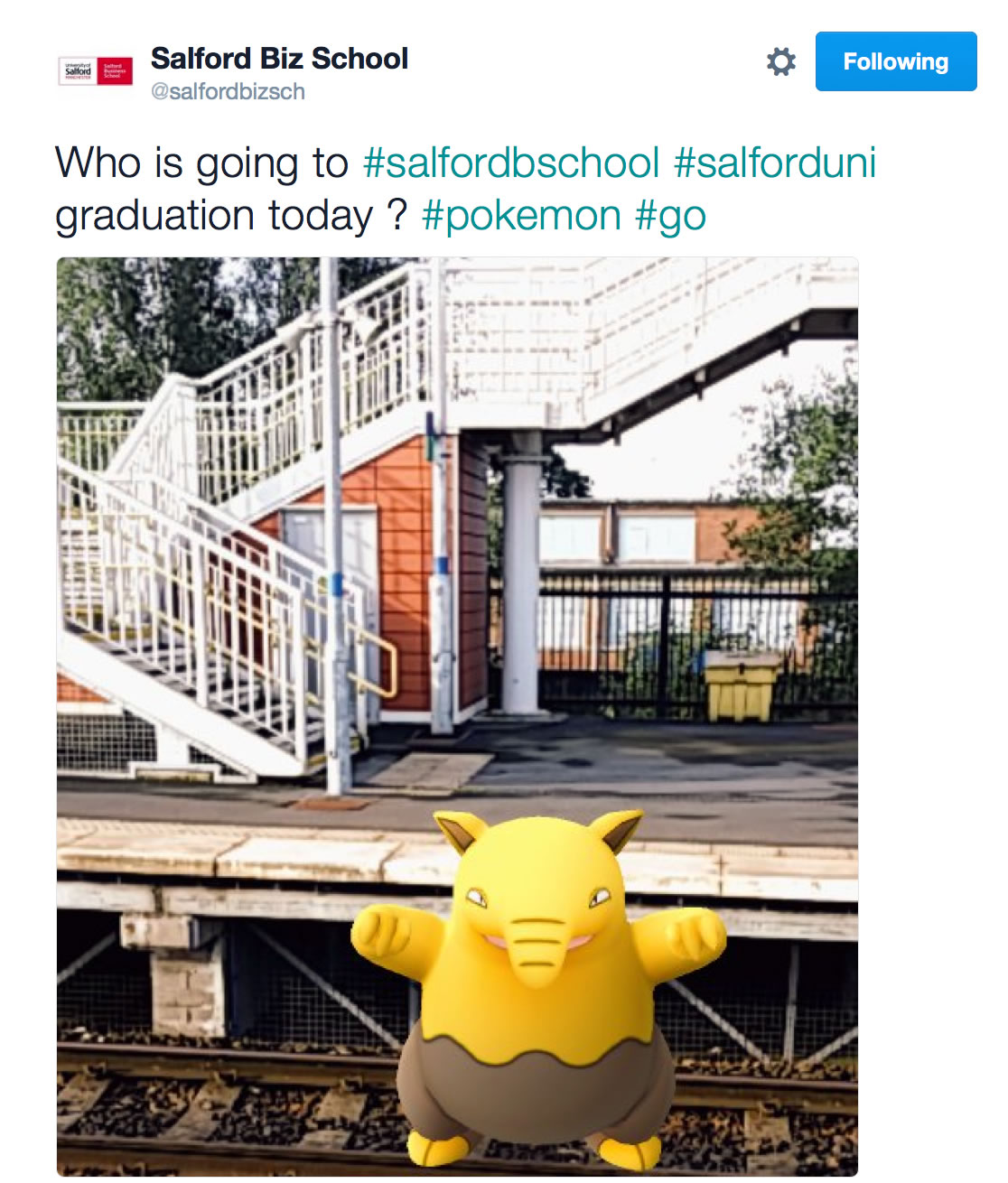 and the University of Salford “may” have seen one at the last graduation ceremony!

My local pub has started advertising that it is a PokeStop on a chalkboard normally dedicated to announcing next week’s bands: 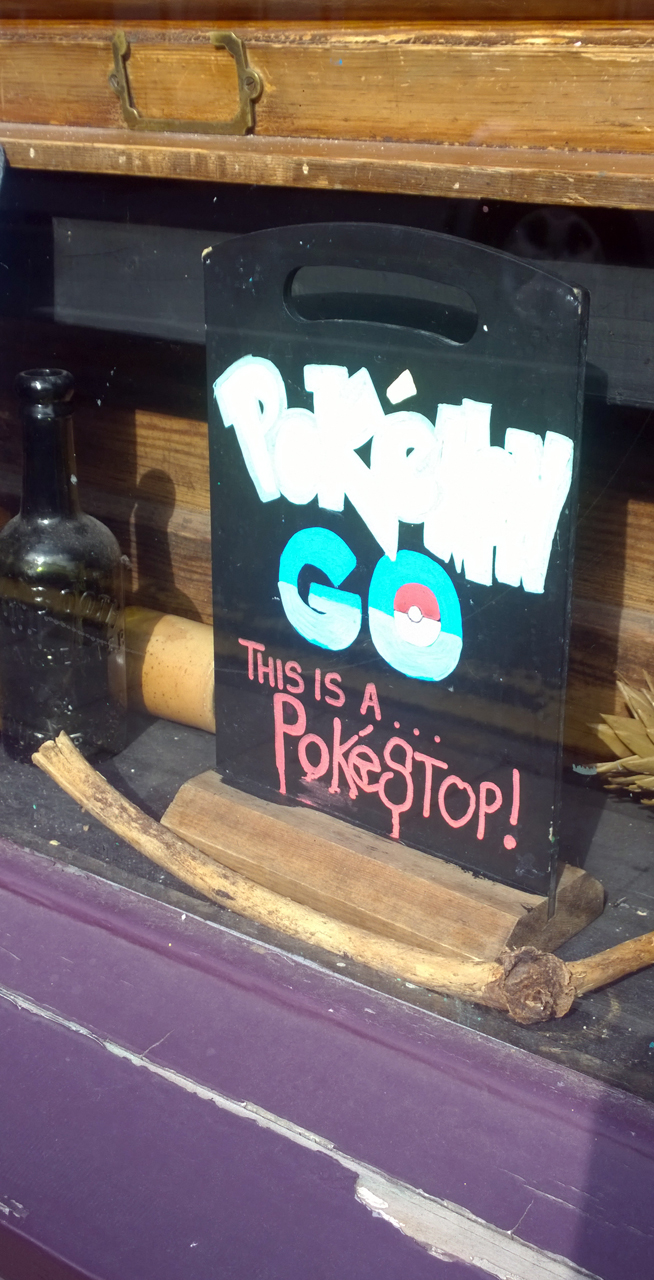 Similarly, while they are not directly promoting the fact, the Manchester Museum of Science and Industry is regularly setting lures – one of the many items that can be bought within the game – to attract Pokémon and – hopefully – visitors to come and visit the Museum.

One of the earliest examples of PokeBusiness that emerged was claimed to be a girl in the US who set up a PokeShop on the PokeStop located outside her house. Being an astute entrepreneur she even offered goods based on the colours of the three different teams.

The Social Media Examiner has taken all the attention one step further and systematised all of this thinking into a practical Pokémon Go guide for businesses.

The game might be a form of augmented reality but PokeBusiness is very real. What do you think? Please share your thoughts below!