Manchester – A Global Centre of Sport 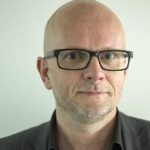 Many of us here around the centre of Manchester love sport. We are all different whether we are active participants, enthusiastic spectators or avid readers, sport is often an integral part of our lives. When you engage in sport, try and think about what sport really means to you, your family and friends, the place you live, your country and, indeed, the world in general. It means a lot to me, for sure!

I think that sport is one means through which health and well-being of people is improved. It is also a way of building social cohesion by bringing people together. I believe sport can help foster both community and national identities, helping generate a feel good factor among those engaged with it. What do you think?

Have you thought about how sport also creates jobs, generates income, and builds export revenues? There are marketing and commercial benefits too. How do towns and cities position themselves as being homes of sport, while countries utilise sport as a way of influencing other countries?

Manchester is a centre for sport to be reckoned with 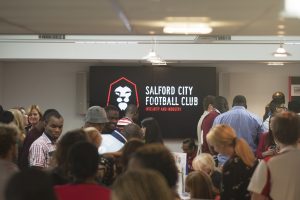 Manchester is a centre for sport to be reckoned with

On 7th November, these roles that sport can play will be examined in an event entitles ‘Manchester – A Global Centre of Sport’. The event is free and open to the general public. It will take place at Salford University’s Media City campus, starting at 17.30 and finishing at 21.00.

The event is part of the Economic and Social Research Council’s Manchester Festival of Social Science. Further details about the event and the festival can be found via http://www.esrcmanchesterfest.ac.uk/ The event is being jointly organised and hosted by Salford University, Manchester Metropolitan University and the University of Manchester.

People across the world know Manchester for its sport. City and United probably being the most powerful calling cards the city has at its disposal, but we have great teams like Salford City too! Go anywhere in the world and tell people you are from Manchester, and they will immediately know where that is. Yet Manchester and the conurbation are much more their football clubs.

Manchester has rapidly become the centre of British cycling. At the same time, there is world-class cricket, rugby, ice hockey, basketball and athletics taking place locally.

Sport does not just contribute to Manchester at the elite professional level. There are also endless examples of grassroots sport taking place every week. Some of this sport simply helps keep people fit; other elements help to bring together different social groupings and engage vulnerable people in meaningful activities.

At the same time, Manchester has become a hub for economic and commercial activity in sport. Not only do fans from across the world head to the city, some of the world’s leading companies in sport are based here. These include accountancy firms, legal practices and digital businesses.

Manchester has therefore never been a better place to be for sport, nor has the Greater Manchester conurbation as a whole. For that matter, nor has Britain; not only is the country leading the field in sports such as cycling and football, it is also among countries leading the way in the business of sport, and in running projects that have a social and cultural impact.

‘Manchester – A Global Centre of Sport’ will be a great opportunity both to talk about and celebrate the city and its wider reach, while at the same time helping to understand the role that sport plays nationally and internationally. People are therefore welcome to attend, to take part in the discussions, to ask questions….and to be with others who are all part of a great sporting city.