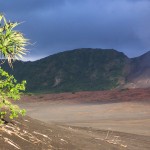 The recent release of a book by Matthew Bayliss concerning the South Pacific tribe who worship Prince Philip echoes my own experience and observation of cargo cults at Salford Business School in reverse and, consequently, draws me to an alternative set of observations and conclusions.

For example, there is the Prince Philip cargo cult island – Tanna. I travelled to Tanna over ten years ago. On reflection my hope was to at least witness the cult and to perhaps somehow ‘discover’ something new about these Vanuatuan islanders.

Once on Tanna, the guide – helpfully supplied by the hotel – was very direct…

Without realising, the persistence of previous tourists and recent volcanic activity had already dashed my hopes of witnessing any living cargo cult.

The substitute activity for the day was then to witness a wild dugong and, on sunset, a different group of Vanuatuans desolately performing a shuffling dance for the group of eager Japanese and Australian tourists. 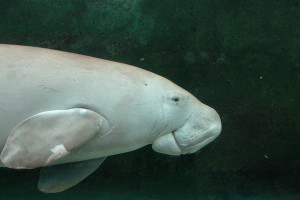 Fortunately, my real reward was a continuing longer term interest in the concept of cargo cults.

The history of cargo cults in the Pacific is fascinating but is already well-covered by works such as Worsley’s “The Trumpet Shall Sound: A Study of ‘Cargo’ Cults in Melanesia“, where the complex interrelationships of colonialism, scarcity, religion and mythology are precisely laid out.

While there are some very specific reasons why Prince Philip is worshipped on Tanna, this Vanuatuan cargo cult echoes a commonly repeated human desire to imitate success.

The human assumption built into a cargo cult is that ‘if I imitate my role model I will become like my role model’. As a consequence, after WWII Pacific Islanders could be observed marching with wooden guns and painted stripes that imitated the ranks of the US Army. The hope for the ‘marching’ cargo cults was that their efforts would be rewarded with material goods such as clothing, food and drink in the same ways that the US GIs were clearly seen to have been.

The phenomena of the cargo cult is not confined to supposedly pre-industrial societies. Richard Feynman famously described and warned against cargo cult science with similar meaning in 1974. His comments were not based on research seen in a small or remote population but from his own observations of US academia. By 2008 computer scientists were using the term “cargo cult programming” when they observed novice programmers utilising and reusing code without any real comprehension of what they were doing.

Another concept that bears a very close connection to cargo cults is survivorship bias. The belief that ‘you should focus on understanding the successful to become successful’. In other words, cargo cult thinking carefully camouflaged in a grey suit. The hopefully fading enthusiasm for celebrity biographies capitalises on the popular preference for this form of thinking by presenting neatly packaged versions of success. From Katie Price to Steve Jobs and Richard Branson, the pantheon of successful people all wanting to share their experiences and thoughts is nearly endless. While for some the biography is simply a mouthpiece to express their understanding of the world others do appear to genuinely believe they are sharing pre-distilled nuggets of a universal formula for success.

The danger is that we – as a willing audience – so easily fall into the trap and a preference for this type of thinking. Academics within business schools will regularly cite the cases of successful organisations and people who have persisted where others have apparently failed. They will encourage students to pore over the stories, structures and business models of, for example, Amazon trying to glean an understanding of the anatomy for successful eCommerce.

In doing so we are forgetting those other eCommerce organisations that no longer persist – have failed if you prefer – and attempting to understand their practices, ideas and ultimately why they are no longer a viable business model. Bram Stoker had already recognised this when he said “We learn from failure, not success’. Unfortunately, I can’t locate his autobiography for further insight (if you see what I mean).

It is easy to be critical of cargo cult thinking or the tendency to favour survivorship bias – this is the benefit of hindsight. But until you can stand back, critically distance yourself and reflect on a situation hindsight is not an available option.

Prince Philip, after all, is still a God on Tanna (and brother of John Frum the God from America or to put it another way ‘John From America’). Nothing has changed in the South Pacific to provoke any need for collective reflection.

Within education we need to balance the need for students to gain a base level of subject knowledge against the need to encourage the development of skills that allows students to deal with unknown and uncertain futures. To put this in terms of cargo cult thinking, there is a need to balance knowledge of the already observed with the development of the ability to think creatively and dynamically.

We should be encouraging our students to be able to create a critical distance and then readily reflect on any situation more rapidly. If the distance between event and its reflection can be sufficiently reduced, the subsequent response has the ability to move through the continuum from reaction to pro-action.

What do you think?

Does higher education encourage critical reflection or are we all secretly bound to cargo cult thinking?