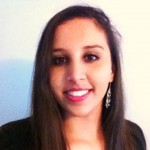 This year’s Salford Business School Ball took place on Friday 29th May at Hotel Football (owned by Manchester United’s Class of ’92) and was the biggest to date as it sold out with 260 people in attendance.

The evening started off with guests gathering in a special location known as ‘The Heaven’. This is on the rooftop of Hotel Football and has an amazing view of Manchester United’s Old Trafford Football Stadium. Upon arrival, guests were treated to a glass of fizz or juice and had the chance to pose for pictures in front of the press board or relax in customized Chesterfield inflatable furniture to save their energy for the dance floor.

Essentially, this reception provided a great opportunity for networking. The graduating class and postgraduate students were able to speak with industry contacts before becoming part of Salford Business School’s global alumni network. The existing alumni community also had the chance to re-connect with old classmates and the University, as well as to develop relations with new contacts. 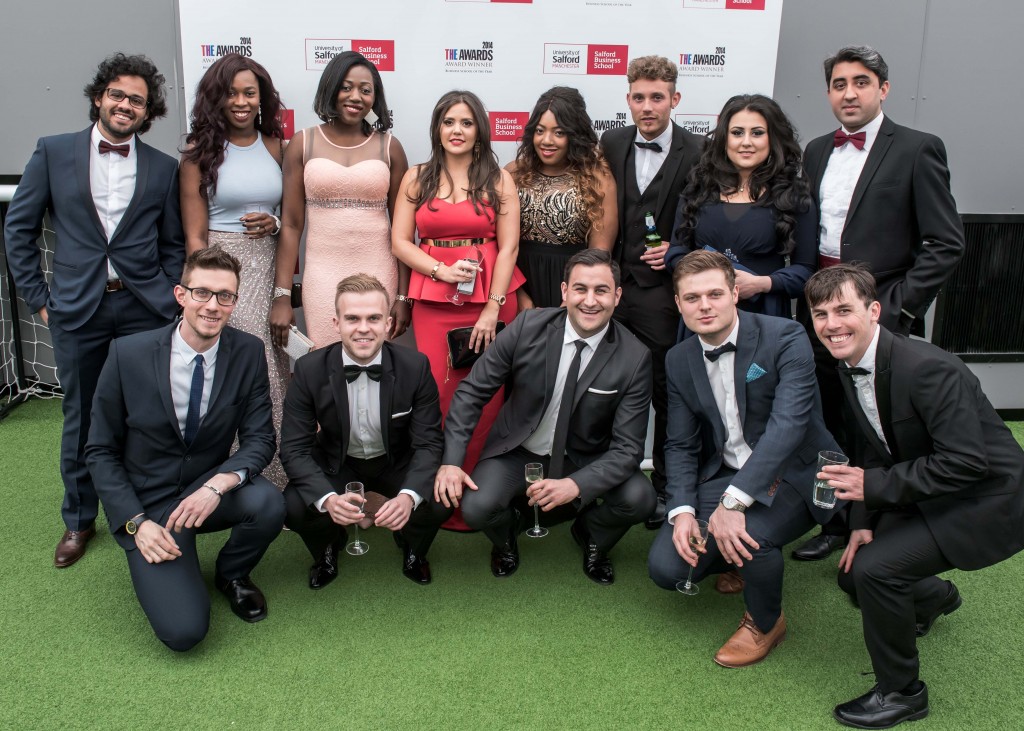 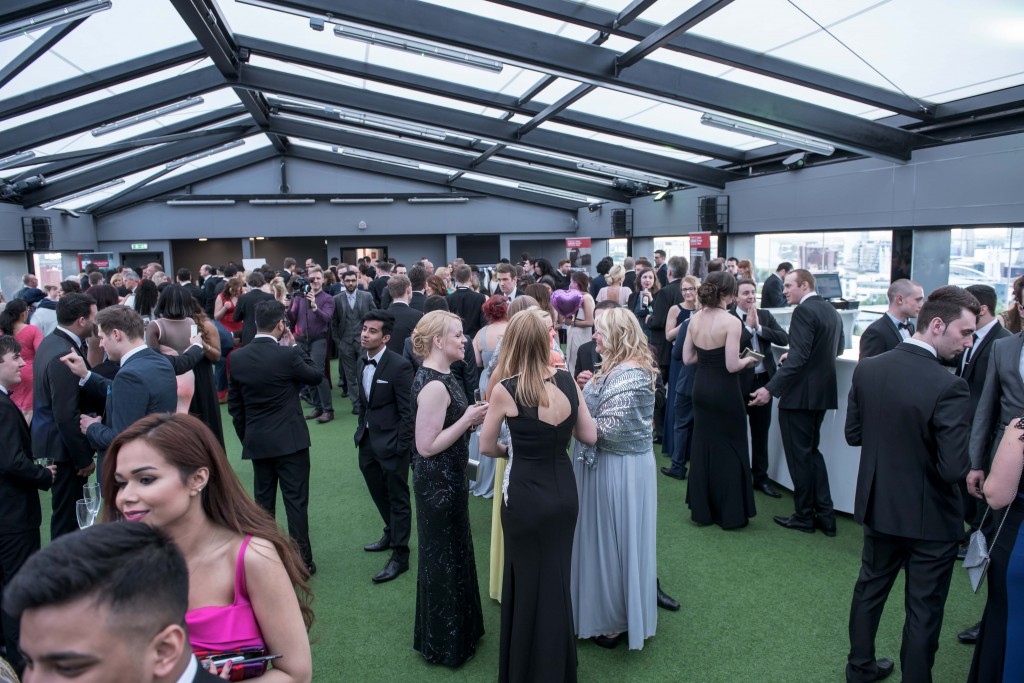 The three course meal, catered by Hotel Football, was a delight to the taste buds. From appetizer to dessert, guests were given beautifully presented dishes that offered exceptional flavour. The main course was an option between Roasted Butternut Squash Ravioli or Beef Sirloin and Braised Oxtail Fill Suet Pudding. For dessert, guests were presented with The Turf, a chocolate cake resembling a football pitch.

Aside from dessert, guests were given a different type of treat before dinner. Upon reaching their tables, each guest was presented with a gift bag. These bags contained the event brochure, a selfie stick or mobile phone charger, and a variety of sweets, including Salford Business School foil wrapped chocolate. 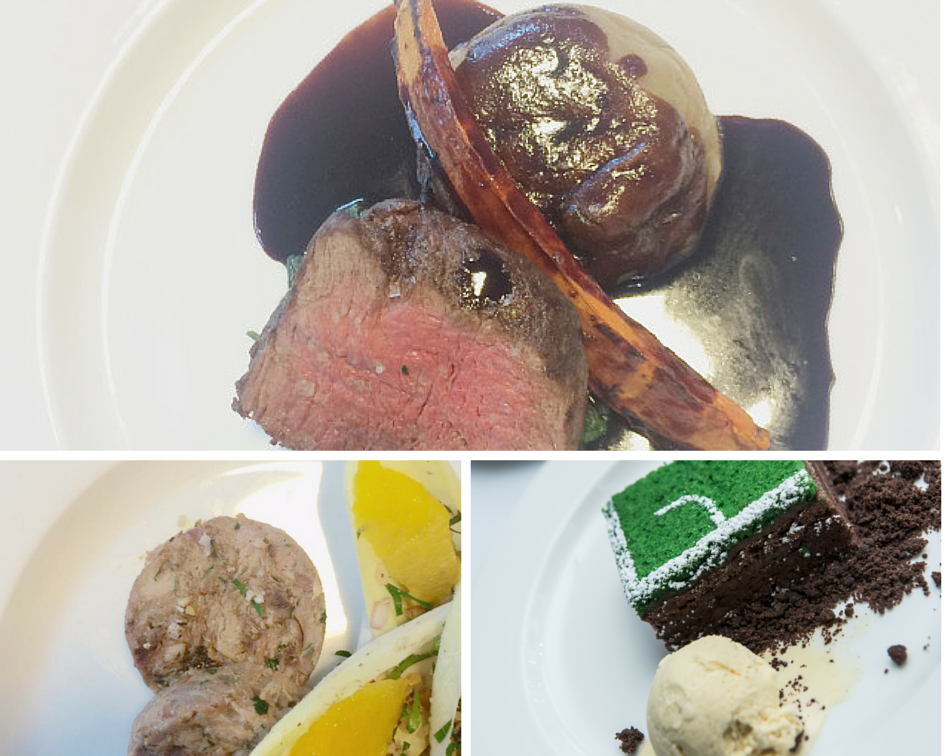 One of the highlights of the Salford Business School Ball was The Dean’s Awards ceremony. This is where staff and students were recognized for their success and celebrated for their achievements. Recipients of the awards not only received a certificate to mark their success, but got a sweater with their name printed on the back as well. These are the award winners: 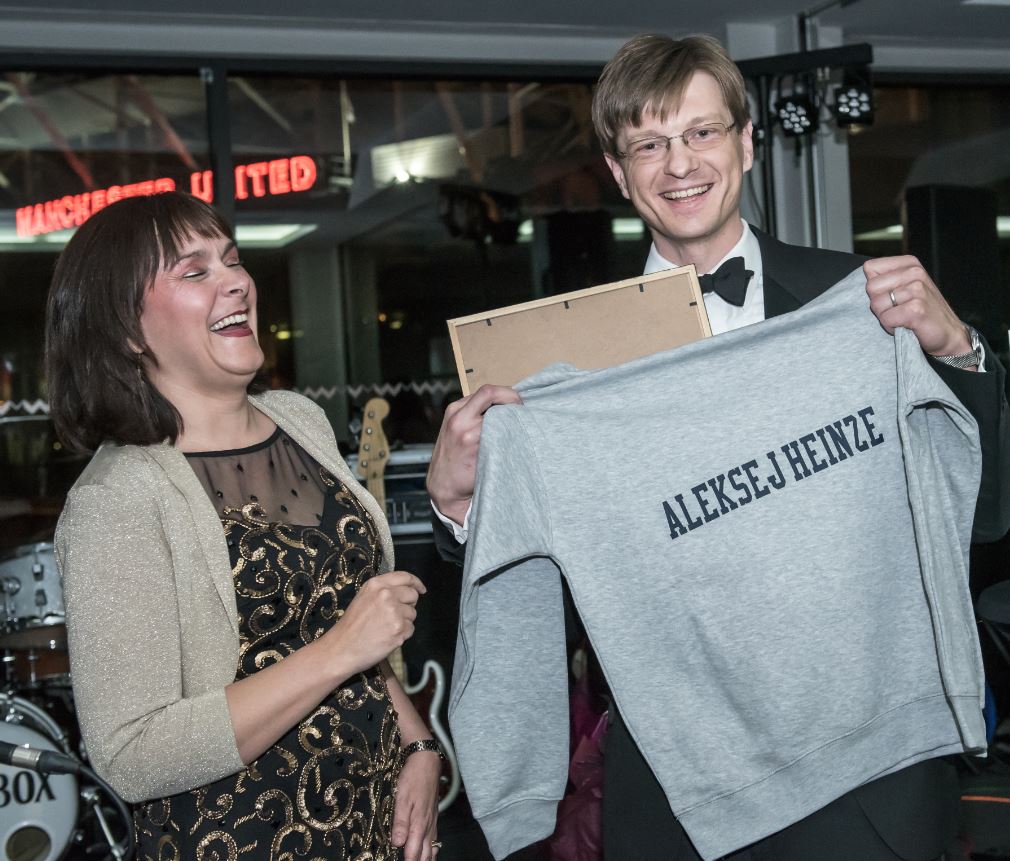 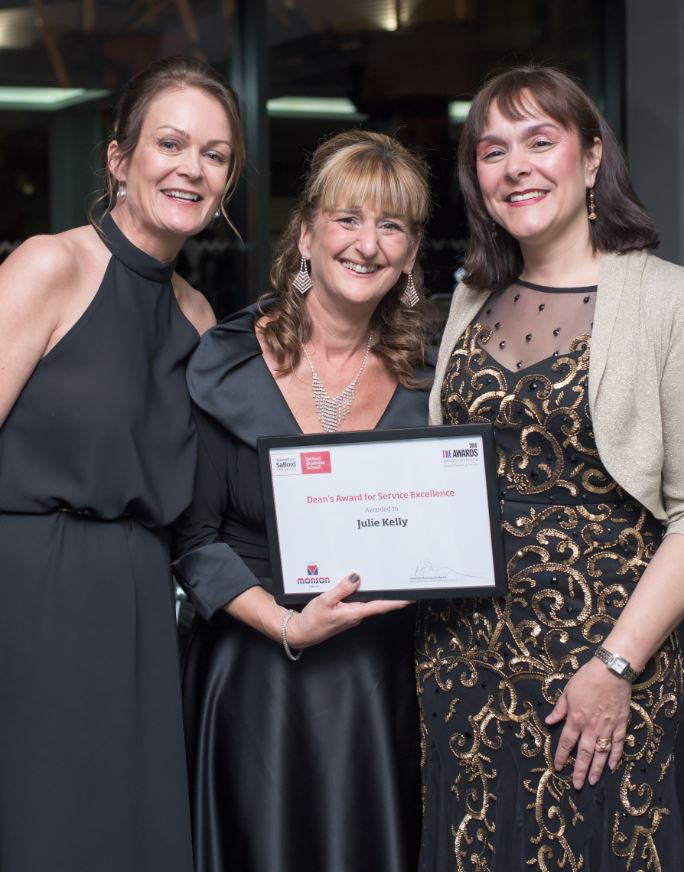 Dean’s Award for Student Representative of the Year: Rositsa Vasileva 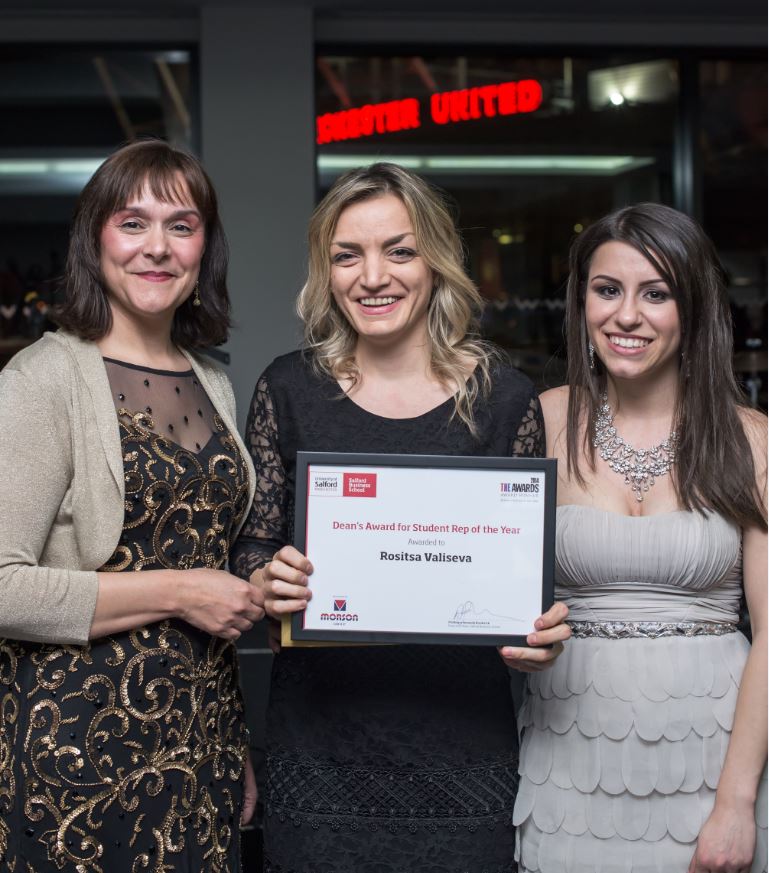 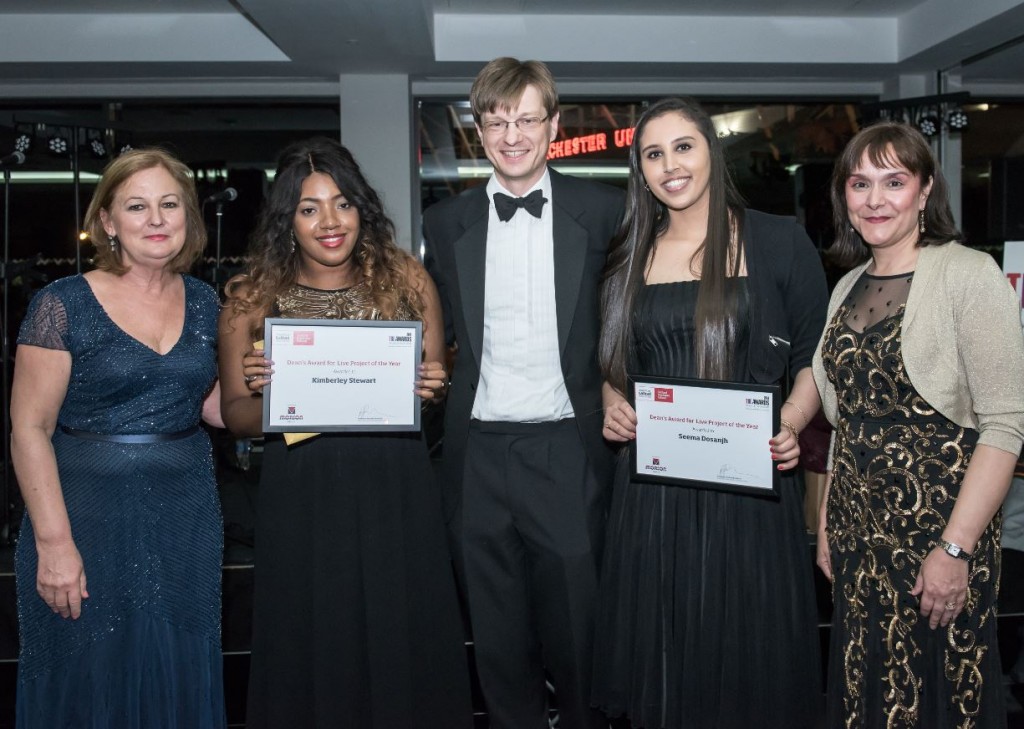 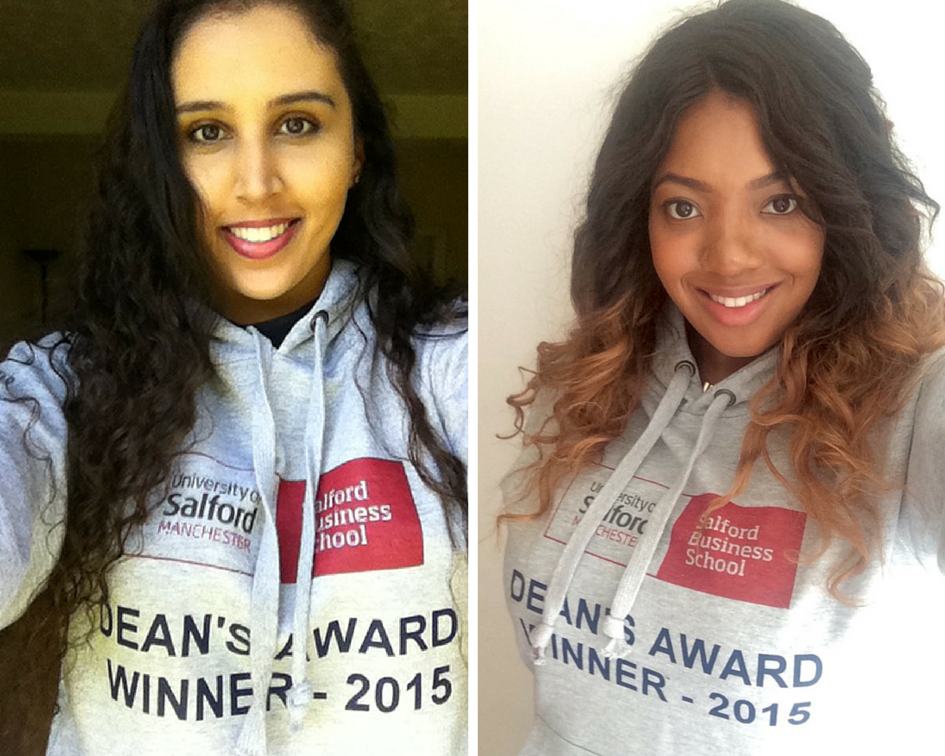 “Receiving the Dean’s Award for Live Project Campaign of the Year has reinforced my drive to prosper academically as well as to reach new heights in my career. This is just the beginning.”  – Sandeep Seema Dosanjh, MSc Marketing student.

Dean’s Award for Sports Person of the Year: Ryan Lohfink

@salfordbizsch @DeanSalfordBiz surprised and appreciative to be honored with such an award!! Thank you for the recognition. #SBSBall

The Salford Business School Ball was full of entertainment as it offered a variety of fun activities for the guests to enjoy. For those who wanted to let loose, they headed over to the dance floor and relished in the musical talents of the band Jukebox, who are University of Salford alumni. There was also a caricature and photo booth which gained a lot of popularity among the guests. People would make regular trips to both the caricature and photo booth to capture memories of their time at the Salford Business School Ball. 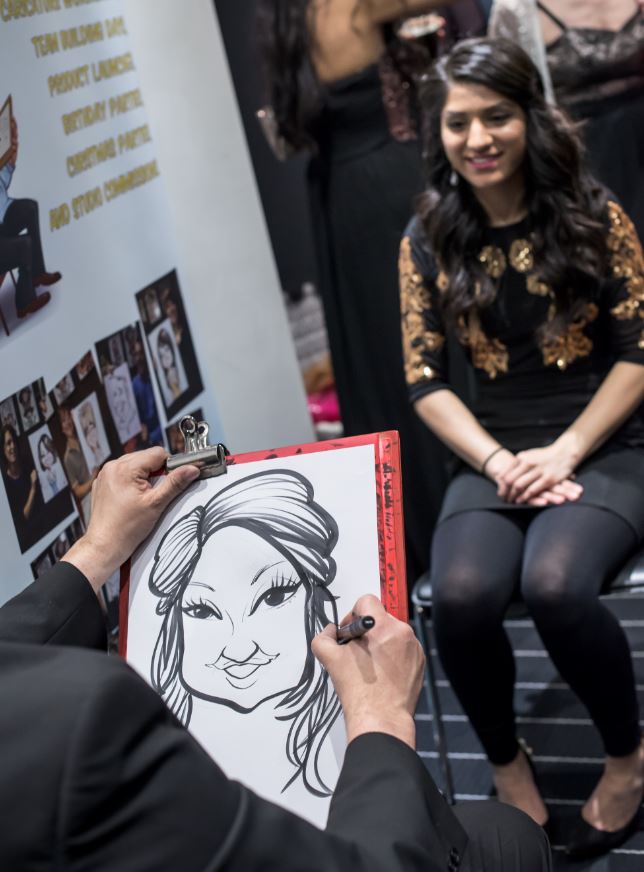 The twitter hashtag, #SBSBall, was widely used throughout the day of the Salford Business School Ball. Prior to the event, people were using #SBSBall to share their excitement and anticipation. During the event, guests began taking pictures with their new selfie sticks and used #SBSBall to get their pictures displayed live on the big screens. People were happily sharing their award wins, photo booth pictures, and fun moments with their friends and colleagues. Even after the event, people were using #SBSBall to tweet about the great time they had at the Salford Business School Ball.

Graduates who become part of the Salford Business School’s global alumni network can contact Stacey Anderson for information on global networking and educational opportunities, such as guest speaker sessions. Previous guest speakers have included Manchester United’s Class of ’92’s Gary Neville, business leaders such as the Head of Banking at Santander, and notable alumni such as the Chief Economist of ING. 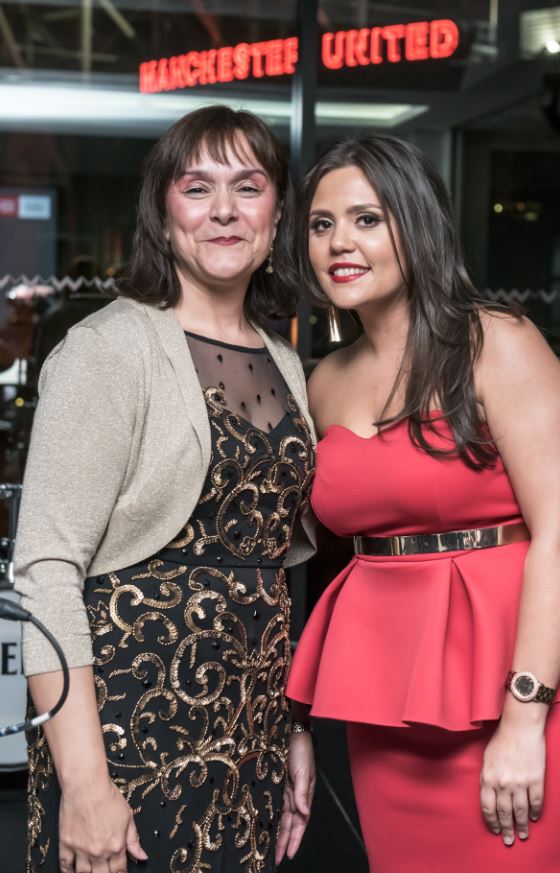 View Salford Business School Facebook album to see the pictures of the night!

Why not join the Salford Business School Alumni community on