Researchers helping create next generation of smart clothing for athletes

University of Salford academics are helping develop state of the art smart clothing enabling athletes to monitor their performance without the need for bulky gadgets.

Researchers from our sports science department in the School of Health Sciences have been awarded £165k from Innovate UK to work with Manchester-based company Smartlife, which specialises in smart garment technology – clothing that can measure signals such as heart rate, movement and muscle activity.

The company has created textile sensors and tiny electronics which can be integrated into sports clothing.

These discreet and comfortable sensors continuously record data which can be transmitted in real time to a Bluetooth receiving device such as a smart phone, providing feedback on how the athlete is performing during training sessions.

Researchers Dr Steve Preece and Dr Steve Atkins will now carry out work to develop the technology further by helping understand how to combine heart rate and acceleration data to build up an accurate picture of how an athlete’s body is using energy.

Eventually, the research can be used to improve the accuracy of the data which will let users of these garments know how much energy they are using in a training session or throughout the course of a day.

They will also carry out research to develop the capability of measuring electromyography (EMG) signals, which are produced when muscles contract.

Research and innovation may play an even greater role in supporting industry post Brexit, a leading professor has told the Construction Summit North.

Launching the Centre for Built Environment, Sustainability and Transformation (BEST) at Emirates Old Trafford, Professor Mohammed Arif told 300 industry delegates that the need for research and information was “potentially more fertile” because of the uncertainty over the EU exit.

And the Centre Director invited delegates from the architecture, housing and construction sectors to engage with researchers who were “experienced and industry focused”.

Construction Summit North, organised by the Greater Manchester Chambers of Commerce,  is the largest event of its kind outside London and sponsored by the University of Salford, which chaired a series of sessions.

The main event was the launch of BEST by Professor Arif who spoke of the School of the Built Environment’s long track-record in applied research.

“Our objective is to work with you in collaboration to solve your problems and help prepare you for some of the issues coming your way,” he said.

Professor Arif, an expert in off-site construction and technology, introduced three sub-directors and their areas:

In the first of a series of blogs about our research on urban poverty in Uganda, Sophie King talks about the project’s inclusive research process and methodology: 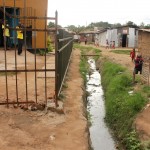 In January 2016,  a group of us came together to begin a process of co-producing knowledge on how governments can better support the improvement of living standards in Uganda’s informal settlements.  Specifically, we are looking at the ways in which national and local government, usually in partnership with transnational actors, have gone about the delivery of water and sanitation projects in two divisions of Kampala and in two secondary towns. In the secondary towns, we are considering the outcomes achieved through the Transforming Settlements of the Urban Poor in Uganda (TSUPU) programme.

In an attempt to combine expertise in research methodology, urban planning, and social movement practice, our research partnership brings together a Western female academic, a Ugandan male academic, a team of NGO professionals from ACTogether Uganda, and leaders from the National Slum Dwellers Federation of Uganda (NSDFU). Building on existing ESID research in India, our overarching research question has been:‘What shapes state vision, commitment, and capacity to reduce urban poverty in Ugandan towns and cities?’

Through a co-productive process, we hope to produce a richer understanding of ESID’s core research questions than a more extractive research strategy might have generated. In a sometimes
clumsy, necessarily adaptive, and occasionally systematic way, we are trying to move forward in a research team that reflects the composition of our overall partnership. Mistakes … we’ve
made a few. But we’re also excited and energised at the power of research to be transformative when it works this way. It is not easy, and with so many constraints on getting these kinds of projects financed and off the ground, we are lucky to have this opportunity.

We need to talk about research impact (again)

University of Salford’s Impact Coordinator – Chris Hewson discusses why we need to talk about research impact:

Over the last eighteen months, much has been written and said about impact, and how Higher Education Institutions (HEIs) can effectively, and efficiently, place themselves on a secure footing in preparation for the next Research Excellence Framework (REF). Nonetheless, it could be argued that the fevered animation generated by REF2014 has led to a prolonged and ongoing hangover. For most academics and administrators the experience of co-producing impact case studies was a forensic and thought-provoking, albeit ‘seat of the pants’ and largely extemporised experience. The refrain consistently repeated in strategy offices across the land goes something like this: ‘…there is absolutely no chance we’re going to execute our REF impact strategy in such an unsystematic and post-hoc fashion come 2020.’

But we are, aren’t we? As Julie Bayley and Casper Hitchens note, “the burden of effort and pressure to ‘find impact’ led to impact fatigue and a tarnished view of the concept” [i]. Their remedies are sound, and were arrived at independently by a number HEIs of in the aftermath of 18th December 2014; the need for greater planning and (ongoing) data collection, the institutional normalisation of impact, the co-ordination of both internal and external engagement processes, and so forth. The authors playfully mimic the language of HEFCE, noting the dawning of “an opportunity to significantly and demonstrably… change how we achieve impact.”

A few weeks ago I clambered out of bed at 4.30am to attend the Coventry University Impact Summit. Once again, concerns around impact corroboration, shared goals, and the misalignment of scholarly and institutional drivers, were front and centre. True, HEI’s are caught in a holding pattern thanks to the hastily convened Tags: impact, REF, Research Excellence, research impact, university of salford
Leave a comment 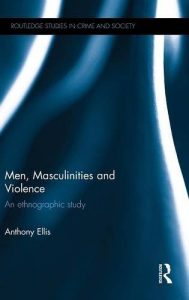 The award, sponsored by Palgrave Macmillan publishers, was presented to Dr Ellis at the British Society of Criminology Conference held 6th – 8th July 2016 in Nottingham, where he also received a £200 cash prize.

Last week, Professor Stanko Tomic, Chair in Photonics at the University of Salford, was elected a Chair of the IoP Semiconductor Physics Group.

Semiconductor physics is one of the major areas of condensed matter science and forms the core of modern solid-state device technology. The Institute of Physics‘ Semiconductor Physics Group was formed in 1982 in response to the need for a common forum for industrial and university researchers concerned with the physics, preparation and application of semiconducting materials and device structures. The group has a large membership with a broad range of backgrounds, often extending beyond physics to electronics, chemistry, and materials science.

“In the Making” – a Digital Revolution? 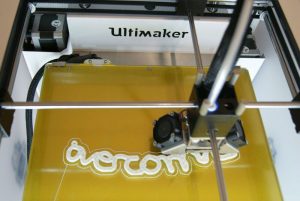 The free one-day conference was organised by the University of Salford, the University of Dundee and Disability Rights UK. It was supported by Ultimaker GB Ltd, a leading manufacturer of 3D printers, with demos and design clinics running all day. The conference was also supported by Shaw Trust, which provided an access fund to help support the needs of delegates. It was the final event of the AHRC-funded ‘In the Making’ project, and the conference heard findings from the project, which has been taking 3D scanners and 3D printers out to the neighbourhoods of Salford and involving the city’s disabled people in the use of this new digital technology. http://www.inthemaking.org.uk/conference/

Principal investigator Dr Ursula Hurley said: “As technologies like 3D printers become more widely available, we are developing the ability to make almost anything we can think of. This is where the imagination becomes important. How do we find new ways of doing new things? What are the possibilities of this technology? How might it change lives for the better? It’s really about ideas, innovation, experimentation, looking at things from different points of view. The ‘In the Making’ project is a wonderful opportunity to see just how creative we can be in developing our understanding of the technology. We’re really looking forward to developing the findings presented at our conference.”

‘Just remember this – in this country they drive on the wrong side of the road’: why we should have expected the referendum result

A week on from the referendum its time to take stock and grapple with a key question: Why was the referendum result such a surprise? Professor Karl Dayson, University of Salford, discusses:

Previous referendums around the world tend to drift back to status quo so most experts anticipated a Remain win (guilty as charged here). When polled by Opinium on the 22nd June the majority of the population expected Remain to win. Clearly Nigel Farage thought Remain was going to win, exemplified by his hokey-cokey concede/unconcede act throughout the night. And from Sarah Vine’s diaries in the Daily Mail its clear Michael Gove thought Remain would win:

‘You were only supposed to blow the bloody doors off,’ I said, in my best (i.e. not very good) Michael Caine Italian Job accent. In other words, you’ve really torn it now.
http://www.dailymail.co.uk/news/article-3665146/SARAH-VINE-Victory-vitriol-craziest-days-life.html#ixzz4D38vNdCX

Yet, with hindsight, the evidence was all there that Remain were going to struggle. A YouGov poll on the 18th June found that 51% didn’t believe that the Remain campaign understood the concerns of ordinary people (only 30% said it did). By contrast 46% felt that the leave campaign was more in touch (only 35% argued it wasn’t). On a 21st June YouGov poll the Leave campaign was seen as more honest and more positive. While the BBC TV debate on the 21st June was also seen as win for Leave. Neither did the Remain campaign’s warnings (the