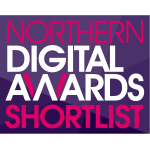 Salford Business School and The Candidate Ltd have been short-listed by the Northern Digital Awards 2016. This recognition in the category of “Digital Marketing Campaign – Third Sector” is for the success with student recruitment to the free Massive Open Online Course (MOOC) which is part of an international collaboration developing Digital and Social Media Marketing masters course (JEMSS project).

The objective of the iversity.org hosted course was to create an online campaign to promote a Massive Open Online Course (MOOC) in Digital and Social Media Marketing to global digital marketing enthusiasts and attract 3,000 student sign-ups.

As the course development is co-funded with support from the European Commission, MOOC promotion activity must deliver agreed EU objectives. This included the dissemination activity from 4 European partner universities: University of National & World Economy (Bulgaria), City College (Greece), Kaunas Technical University (Lithuania) and University of Lodz (Poland). All digital marketing communications were managed by England’s Salford Business School (lead partner) and The Candidate Ltd – both part of the Northern Powerhouse.

Why was this digital marketing campaign short-listed by the Northern Digitals Awards?

The Digital and Social Media Marketing MOOC was live from Monday 28th September 2015 for 6 weeks with digital marketing promotion starting 3 months before with the main launch being on the 17th July. As can be seen from the student enrolment statistics highlighted in Blue and un-enrollment numbers highlighted in Red the recruitment of students continued well after the course end date:

The MOOC was aimed at all digital marketing enthusiasts who are interested in developing their knowledge for academic and professional reasons for example, students and employees of SMEs across the world. The two main target audiences were expected to have basic computer knowledge and skills  and a business background was advantageous but not essential.

This course was a result of a year of research that looked at the skills needed by Small and Medium Sized enterprises in Europe including project partner countries. This included engagement with local communities through focus groups and identifying the top skills needed by international digital marketeers. As well as global discussions on whether universities should be teaching subjects such as Search Engine Optimisation (SEO) with digital marketing industry community leaders such as MOZ. The course was also refined with feedback from international industry advisory board members such as SEMRush. 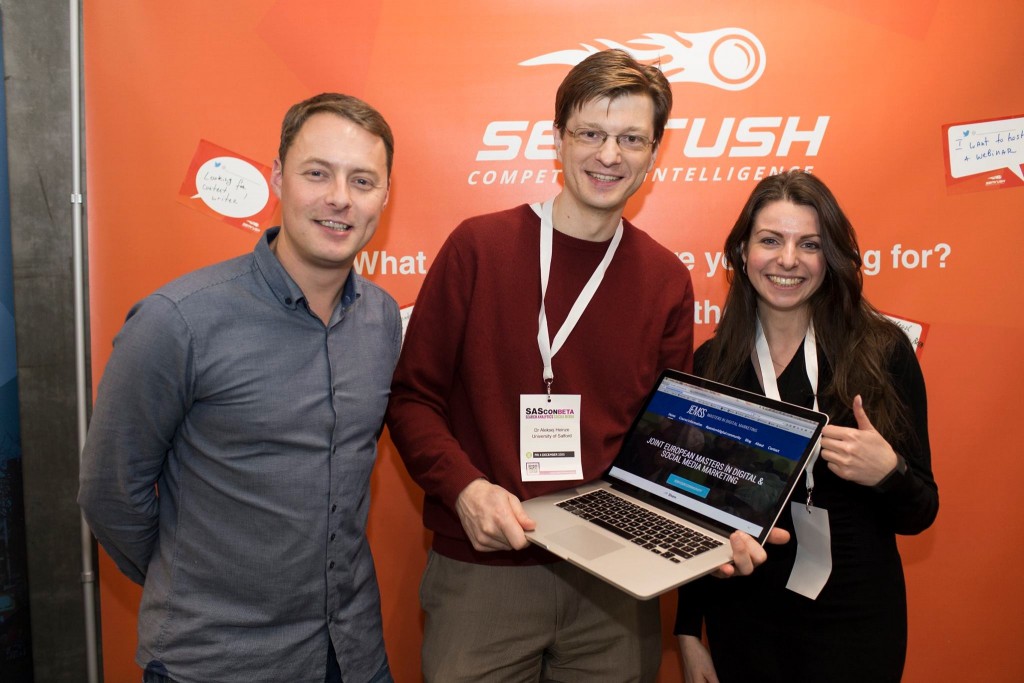 The key to a successful MOOC was to demonstrate how theory becomes practice by presenting the digital industry practices of  European digital companies: The Candidate Ltd (the UK), Dino (Bulgaria), Sharecruit (Lithuania) and Monks (Greece).

After choosing iversity.org, a leading European-based online education platform, as the MOOC platform, a digital marketing strategy was deployed over 3 key stages.

Co-ordinated cross-European multi-channel digital activity took place before the launch, highlighting the content and launch date and encouraging for course sign-ups. This included an introduction video:

The initial campaign was prepared by one of the MSc Marketing student Kimberley Stewart from who was doing her internship at the Candidate Ltd and developed a Level up campaign:

Take your knowledge to the next level with a #MOOC in Digital & Social Media Marketing #LevelUp enrol via @iversity http://t.co/6XVp0H4Kno

alongside social media and blogging activity:

Great to see contributions from around the globe to our #passion4digital MOOC via @iversity @salfordbizsch @JEMSSEU pic.twitter.com/ix8XO2yKMm

3. Evaluation of the MOOC

The preliminary findings from the MOOC were presented at the Innovative Learning Conference and discussed with an audience of educators from around the UK:

The MOOC saw its digital enthusiastic students create their own impromptu discussion groups across other social media platforms relating to the MOOC:

The social MOOC taker was a pilot app which allowed students to engage with one another in smaller groups and the current Digital and Social Media Marketing MOOC was the first to trial it with our learners:

A BuddyPress WordPress platform (Creative Hive) was set up and encouraged individual MOOC members to engage in the blogging process where weekly reflections of learning on the MOOC would be published so that students are able to attract future students by sharing their study experience.

This new blogging system was used by the learners as part of their real world activity on the course of creating a search engine optimised blog post using industry standards of WordPress and the Yoast SEO plugin, guided by online step by step videos:

This proved to be a popular activity, with over 500 users logging in on the assignment’s key days and lots of lively conversation and questions coming in from the platform and activity. This activity and use of an innovative digital community platform demonstrates the high quality and real world industry practise nature of the online learning experience.

The MOOC attracted over four times as many students as originally anticipated at 13,484 (as of 15th December 2015). Once the course started the learners have also played an active part in amplifying the MOOC and encouraging others to join.

Enjoyed my first series of classes with #passion4digital. Thanks!

Some learners taking a creative approach to note taking and creating visual summaries of the unites learned as part of the MOOC and sharing with others:

My #passion4digital still goes on. This time with #sketchnotes about Twitter – unit 5.2 pic.twitter.com/CpspxE6Ulm

Once they reached milestones they have also shared their success with others yet again sharing the success of the MOOC:

Chuffed with my @Iversity certificate for Digital and Social Media Marketing I Thank you! #passion4digital pic.twitter.com/zW2Fot2XlS

As well as continuously providing feedback on how they engaged on the MOOC as is illustrated by this tweet with a witty observation on some of the multiple choice questions:

As well as tweeting their weekly homework blog posts

Totally forgot to tweet my assignment from week 4 – #passion4digital – https://t.co/HIfgxjwbwh

Many have contributed well over the 500 words when it came to their assignments:

As well as thanking peers for constructive peer assessment scores:

Wow, thank you very much whoever did peer assessment for me! #passion4digital #homework #digitalmarketing @iversity pic.twitter.com/ZEM03lxBwv 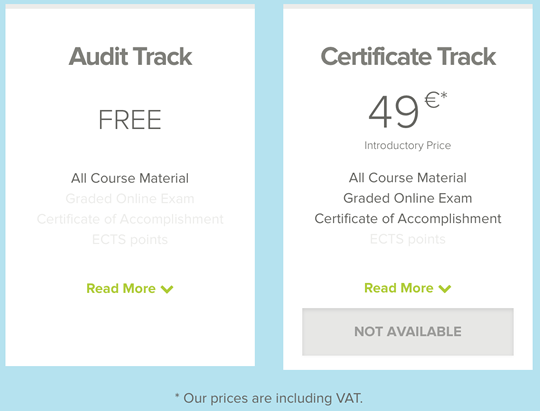 The MOOC was free to use, meaning that you only needed to have access to the Internet and time to enjoy the material. However, for those who wanted to test their learning they were able to take part in an online multiple choice test. The number of paid learners who have signed up for the certificate was 220 as of 15th December 2015.

As part of the practical activities learners were encouraged to create a website and blog on a weekly basis about their progress on the MOOC. This was managed by the Salford Business School employability Hub team. The number of students who engaged on Creative Hive has reached over 1,000 across the 6-week period of the course as of 12th November 2015.

Why should we win at the Northern Digitals Awards?

This MOOC is a testimony for successful team work in international collaboration that highlights the digital skills and knowledge of the North West of England in the area of Digital Marketing. It puts Northern Powerhouse on the global map and reaches to thousands of people across the globe.

We are up-skilling thousands of people free of charge. The quality and popularity of the course and the marketing of it was demonstrated by the high volume of learners and engagement with the course and the Creative Hive blogging platform that was set up to support learners in developing their digital marketing skills.

A campaign that has a limited budget made significant use of the learners as a resource to promote the MOOC once the course started – the aim was to recruit 3,000 learners and we recruited 13.484 which is 449% of the target.

What do you think?

Have you been part of the MOOC? Please do share your ideas below and tell us why the digital marketing campaign of the MOOC should or should not win the Northern Digital Awards. The winners will be announced on the 28 JAN 2016!

This project (JEMSS) has been funded with support from the European Commission. This publication [communication] reflects the views only of the author, and the Commission cannot be held responsible for any use which may be made of the information contained therein.