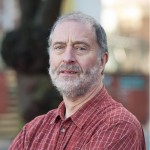 The HSBC bank has been criticised for helping its clients to avoid paying tax. Stephen Green, in charge of HSBC at the time, is an ordained Christian priest.

Whether or not he knew what was going on, is it right to help the rich avoid paying tax? Is it moral? Is it in line with the Christian – or any other – faith?

I share Stephen Green’s Christian faith but I approach such questions from a multi-aspectual point of view – which incidentally helps me see why Stephen Green’s book, Good value, is somewhat limited in its outlook.

Left wing thinkers would say that it is wrong (unjust) for a major institution of society like a huge bank to encourage the rich to avoid paying the tax that helps society – and those who are Christian point to where the Bible emphasises justice and concern for the poor.

Right wing thinkers would say that it is wrong for the state to take what we have a right to keep, namely the fruit of our labours – and those who are Christian point to where the Bible emphasises responsibility of the individual. 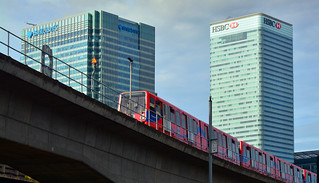 I take a different approach to both of these, which I call a multi-aspectual approach. The Dutch philosopher, Herman Dooyeweerd, who is arguably one of the best philosophers of everyday life to date, identified a suite of fifteen aspects of reality, that are irreducibly distinct from each other. It so happens that he too shared the Christian faith with Stephen Green and myself, but I have found that it is non-Christians (Humanists, Muslims, Hindus) who like his philosophy, more than Christians do.

Each aspect makes things meaningful in a different way, and provides a perspective from which to view issues or situations. Each offers a different notion of what is good and normative. Dooyeweerd’s aspects do not primarily give us answers, but they open up areas for discussion and help us disentangle complex issues.

Four of these aspects in particular are relevant to addressing the above questions: the economic, juridical, ethical and faith aspects.

From the perspective of the economic aspect, the main good is frugality. This suggests that it is good to steward our wealth and avoid taxes if governments would waste it.

From the perspective of the juridical aspect, the main good is justice, due, or proportionality. Society’s idea of what is just is expressed in its laws. So if citizens keep the law, they help to build a society that works with its idea of justice. Some argue that tax avoidance is acceptable as long as it is within the law.

But, to Dooyeweerd, this is not enough. Where a society tries to rely on law alone, without reference to other aspects, laws become every more complex and accumulate a multitude of loopholes, which unscrupulous accountants can use for selfish gain. To tackle these, we need the two final aspects.

From the perspective of the ethical aspect, the main good is self-giving love. Its opposite, selfishness, self-centredness, self-protection, is wrong and harmful. It is the aspect of attitude, especially the attitude that pervades society. From this perspective, tax-avoidance is usually wrong because it is selfish. Granted, some might argue that tax-avoidance can be used for the good of others (such as in the UK’s Gift-Aid scheme), but deep down attitudes are very hard to surface or express in codified laws. A right thing done with a wrong deep attitude is ultimately harmful to all.

From the perspective of the faith aspect, the main good is life-vision, commitment and openness to the Divine (or Origin of Fullness of Meaning). This is the terminal aspect, which gives fullest meaning to all the others, so I will discuss it more.

The faith aspect is not primarily about religious creeds, but about what we take to be most meaningful in life. Contemporary capitalist, competitive society sees production, wealth and the individual person or business as meaningful, and all else must be subservient to those. Under that life-vision, tax avoidance is to be expected. But this elevates the economic aspect above all others.

Religion (which I define broadly, including Atheism etc.) is the sphere of life in which ultimate meaningfulness is considered. Jesus Christ gave the challenge, “What does it profit a person if they gain the whole world and lose their soul?” and he made it abundantly clear that in God’s eyes (or, for atheists, in the Grand Scheme of Things), wealth is ultimately of little importance. Jesus Christ also incisively exposed the importance of attitude, challenging all of us to “Give, give, give away, and it will be returned to you in full measure”. Attitude is not just personal, but societal, as the Biblical prophets whom Jesus cited, like Isaiah, Jeremiah, Amos and Micah, make clear.

Under the vision of reality set out by Jesus Christ, is not tax-avoidance thereby condemned as driven by a false vision of reality? Does tax avoidance not stir up in us a worship of self as the only meaningful entity, and of money as the only important aspect? Jesus urged his followers to avoid making wealth their aim and trust their Heavenly Father to supply their need even before they are aware of it themselves. Is this relevant to society today in ways that we have forgotten? Generations of people who have been courageous enough to take this seriously have found it to hold up in reality, a notable example being George Muller of Bristol, whose vision about wealth and scrupulous honesty contains fascinating lessons for us even today.

Stephen Green’s book, Good value: Reflections on Money, Morality and an Uncertain World [2009, Allen Lane], is an excellent read, which shows that he understands something of all these four aspects. However, although it does discuss “The Global Bazaar”, it is perhaps a little limited in its understanding of the structural nature of attitude and faith.

If the debate about tax avoidance is constrained to the individual person or business, it is narrow, misleading and harmful. It must take into account the full structurality of the ethical and faith aspects.

I will end with two challenges:

The challenge for those of us who profess Christian faith – including Stephen Green, Herman Dooyeweerd and myself – is: do we take Jesus Christ and the prophets seriously when they said such things? Regardless of whether we are left- or right-wing in tendency.

The challenge for all of us, whether we profess the Christian faith or not, is: when we argue about these issues, do we narrow down our discussion to one or two aspects (usually the economic and juridical), or do we allow for issues of attitude and life-vision to inform us too? Including the structural nature of these aspects.