Home / EU referendum: issues to consider before you #VoteRemain #VoteLeave

EU referendum: issues to consider before you #VoteRemain #VoteLeave 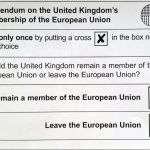 The vote this week on whether to leave the EU is one of the biggest decisions we will face in a generation. Here a series of experts from the University of Salford give their views on what the ramifications in areas such as employment, health, travel and the economy could be.

It might just help you make up your mind when you reach the ballot box. None of these individuals tell you how to vote but all support the view that the decision either way will have major repercussions for all UK residents and beyond.

Whatever your view – vote and make your voice heard on the 23rd!

“The Leave campaign claims that money which will be returned to the UK from exiting Europe will be available to be spent on the NHS.”

“However, there is no evidence that this money will go into funding public services such as the NHS. The allocation of resources is a political decision made in Parliament by the government of the day, and consequently it is impossible to make any inferences about how this money would be spent.” 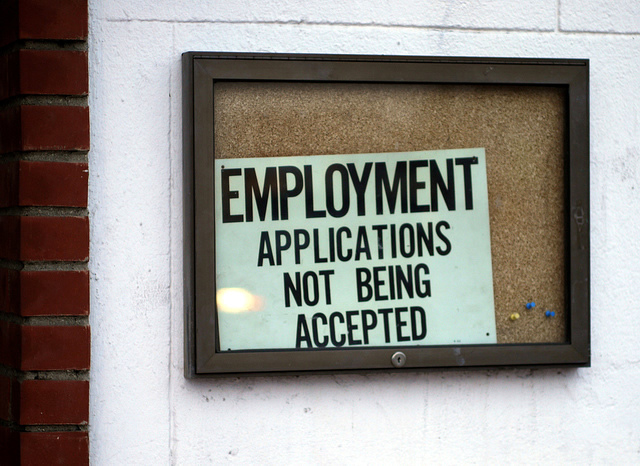 “Leaving the EU would be unlikely to precipitate drastic employment law amendments in the UK and many EU laws would probably be retained as most of the employment protections which flows from Europe are now considered to be fundamental rights.

“On a Brexit vote the UK government may be required to retain EU employment law as part of any new deal to trade within the EU. Additionally, the UK may come under punitive EU trade measures to maintain employment rights if it were seen to be unfairly undercutting them for a competitive advantage.

“The current right of EU citizens to freely live and work across the EU may form part of the negotiations for a new relationship with the EU, with an expectation of some form of free movement of people in return for the UK enjoying free movement of goods.

“Trade Unionists Against the EU believe that the EU has actually diminished the rights of workers and want the UK to leave the EU. Specifically, they believe that individual employment law has offered less protection than collective arrangements would have done.” 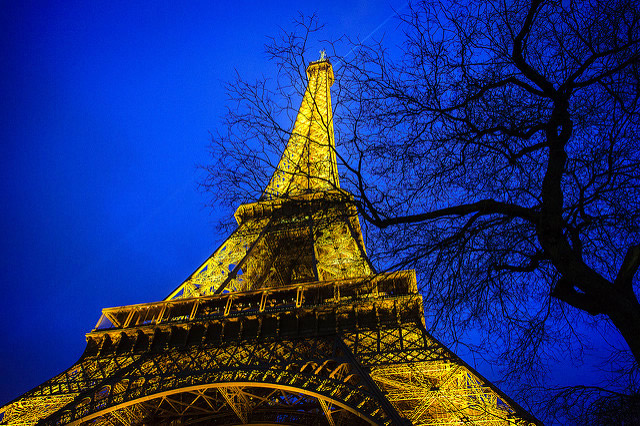 “This is what I see as the impacts of leaving the EU and the cost to travellers: Higher airfares, possible end of new air service agreements/single aviation area, lower flight delay compensation, end of reciprocal health benefits due to no more European Health Insurance Card, possible increase in polluted beaches in England due to no longer being part of the European blue flag charter, and finally higher mobile phone roaming changes.” 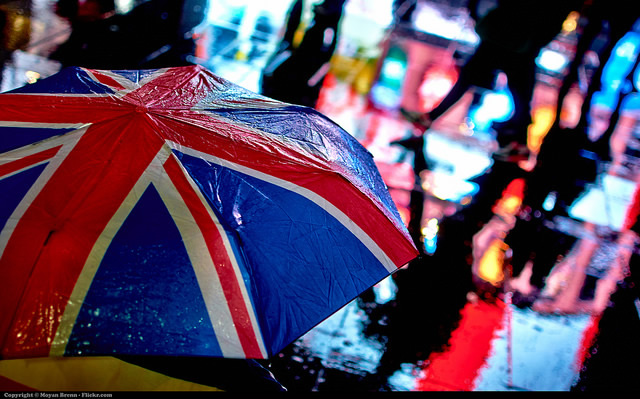 “While it’s difficult to predict with any certainty what will happen in the event of Brexit, it’s likely that the stock markets will take fright and that the pound – and to a lesser extent the Euro – will plummet. If it’s really bad, and Cameron and Osborne resign in the aftermath, trading may have to be suspended on Friday afternoon.”

“This will be followed by 2-7 years of disruption, and a probable lumpy recession. Don’t be surprised if a campaign to ‘re-join’ gets traction if things turn ugly. Labour MPs may topple Corbyn for his failure to campaign properly, while the SNP will agitate for a new independence referendum.”

“If Remain win, Cameron may want to reconcile the Tory Party, but the bitterness of the campaign will make that impossible. Instead, he may list a set of objectives to address the needs of the country around migration. Ironically, he may then get something more substantial from the EU, as they will want to find a way to ‘reward’ the UK, especially if the markets and then the economies of the EU get a boost. But this will be against a backdrop of plots against his premiership. The civil war within UKIP will intensify and Farage may finally go.” 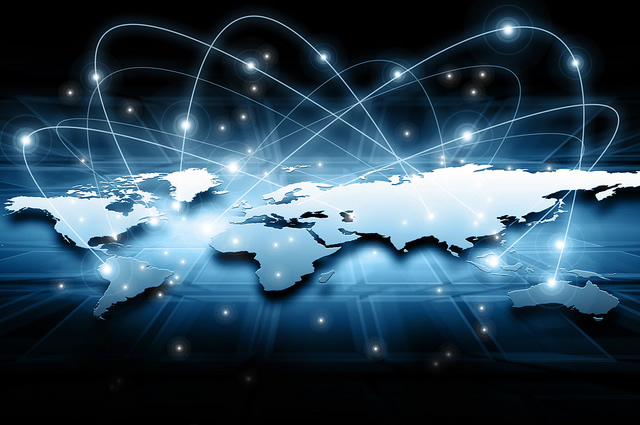 “The World Wide Web, which is now facilitating the digital economy, was invented in Europe because people had to work with one another. The Web does not put up borders, it allows people to talk and work with one another free of obstructions and anyone conducting online shopping transactions in the near future can benefit from this safe place to be.

“Leaving the European Union will mean that rules decided for the coming Digital Single Market (DSM) would still be imposed on any digital trade with Europe, but Britain would not be able to influence what these rules are. The cost of staying in Europe is an investment into long-term Digital Single Market prosperity.

“A Brexit on the other hand will mean risk and no power in influencing DSM – the world’s largest single market with transparent rules and regulations.”

Roland Fox, lecturer in economics and a specialist in international finance: 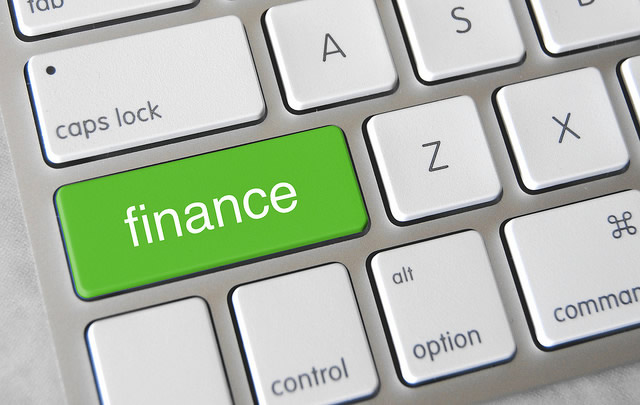 “Those whose children attend fee paying schools will see remain as being the opportunity for their children to join a European elite. But for those lower down the class system the prospect is of their children having to increasingly compete with applicants from all over Europe, our second class education system will disadvantage them. The economy may improve but they will not be a part of it. The irony is that human capital mobility at the heart of the EU instead of promoting social cohesion will reduce it as the middle classes see less and less need to support the less well off in this country.” 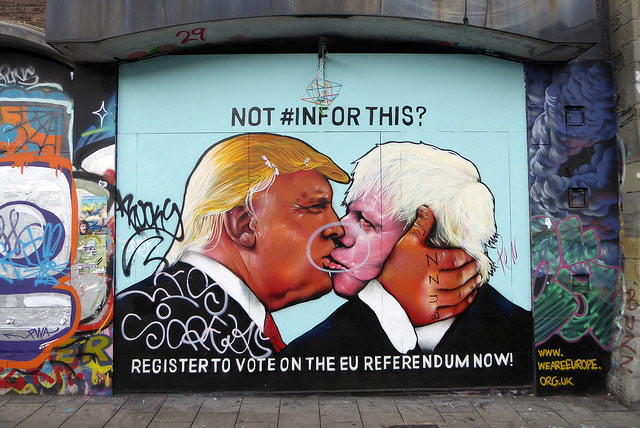 “The media – from newspapers to websites to TV and radio – will inevitably be saturated with Brexit coverage if Britons do vote to leave the EU. In fact, in the short-term, journalists will thrive on the fall-out, implications for the future and the inevitable rows.

“The stories will dominate for weeks – and David Cameron’s tenure as PM will be top of the news agenda. In the longer term, though, little will change – the media will maintain its loyalties on the left or right and each organisation’s agenda will determined by what its audience demands. And that is as likely to be as much about football, celebrity or the latest fashion faux pas as it is about Boris Johnson’s views on immigration.” 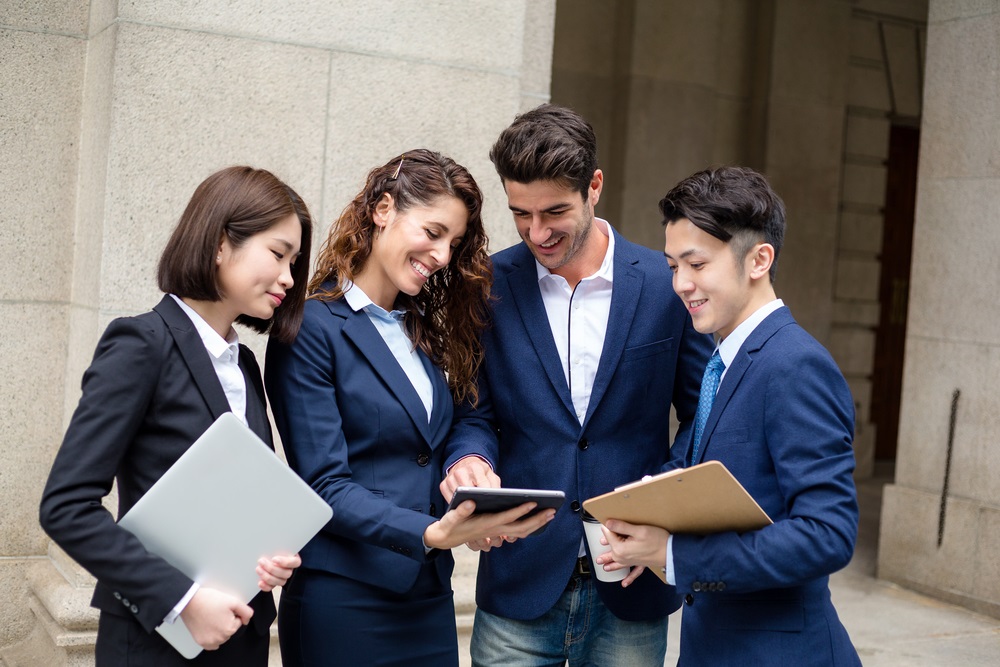 “The UK currently trades with many countries and regions that are not members of the EU – India, China, Africa, and Latin America – growing regions of the world, with large populations, and in which there are considerable opportunities for British goods. What is to stop us from increasing our trade with these regions, and where possible negotiating bilateral trading agreements? Having left the EU, we would be at liberty to come to bilateral agreements with any country, without having to consult Brussels. We could even re-join the European Free Trade Association, which we left (along with Denmark) to join the EU in 1972.”

So, having read the above oppinions – how will you vote on Thursday or have you already used your postal vote? Please use the comments section below! 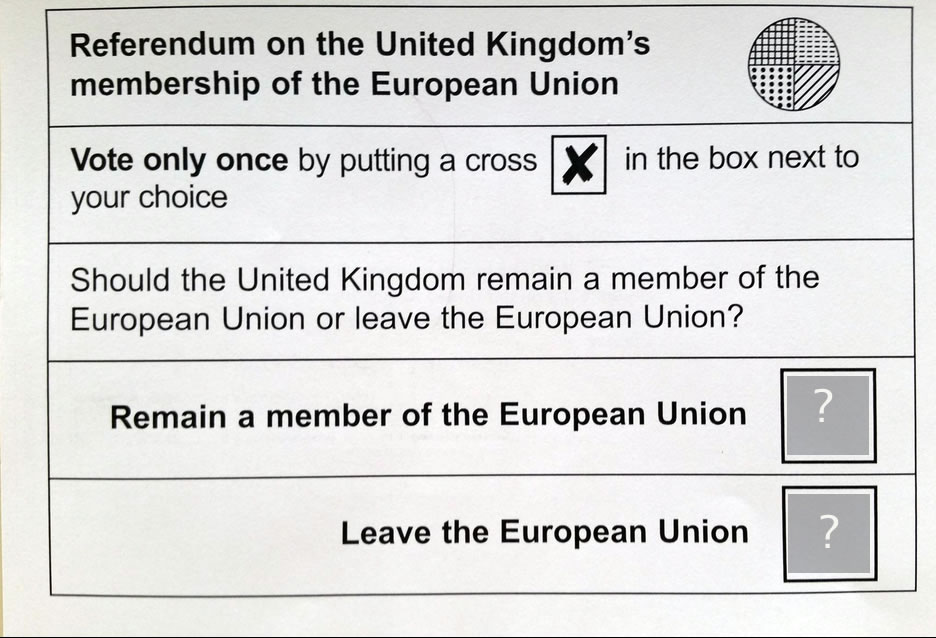