Home / Have you got anything to #Bregret?

Have you got anything to #Bregret? 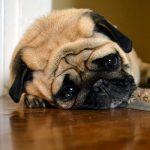 On Friday morning, 24th June 2016 I woke up to the news that the UK had voted to #leave at the EU Referendum. I have to admit that I was confused and I still am. I was a #Remain voter. However, practically everyone in my village was voting #Leave. I knew there were pockets of #Leave voters. I just thought we overall, after everything was counted, would be staying in the EU.

What is more concerning is the number of #leave voters who are showing both anger and #Bregret. They never believed their vote would matter and were actually as convinced as me that the UK would #Remain an EU nation. Have you, like these voters, got anything to #Bregret? In particular, that within hours of the result the key pledges of the leave campaign have been backtracked on – was the nation misled?

Shortly after the result was announced #Bregret was born. Many #Leave voters admitted that they had not expected the drop in the value of the pound. Others were angry when Nigel Farage admitted that the NHS funding claim was a ‘mistake’. These feelings and expressions of remorse have grown. They started with the voting public ringing electoral services to ask if they could change their vote, and since then #Bregret has gone digital.

The morning wasn’t even through before people were on TV confused by what had occurred. Their vote had actually been a serious thing! They started to worry. I share some of their concerns. Virtually every expert had warned how there would be an immediate impact on the value of Sterling, that investors would begin withdrawing and that the Bank of England would need to step in. All of these things have happened, just as predicted.

GBP has stabilised a bit against USD. Possible 10% decline seen as sufficient for buying opportunity but not clear pic.twitter.com/9S6Eelj5hH

The vote lost the UK economy far more money than was paid to the EU in the last 15 years. We are also no longer the 5th largest economy – thanks to the falling Sterling price – France is now the number 5!

Then it became evident that the premiss on which people had voted was a totally false basis for the decision they made. This is already having dramatic consequences. This reality is beginning to hit home with the voters, and their anger is starting to grow.

A more worrying side of the result is found in the growth of far right behaviour brought on by Brexit. Since the vote to leave, the treatment of some people in the UK has been shocking. An argument by the #Leave camp is that the people who voted did not have a racist motive. However, it seems that some people voting leave now think that they can stop Muslims coming into the UK.

This evening my daughter left work in Birmingham and saw group of lads corner a Muslim girl shouting "Get out, we voted leave". Awful times

Immigration is certainly one of the issues that drove people to vote, but is this intimidation and violence what was expected from Vote Leave? I personally was unsurprised by the number of reported issues. As we move further away from the vote, frustrations will inevitably increase as will hate-stirring against people perceived to be immigrants.

If you’ve been discriminated against since the referendum contact your local Citizens Advice https://t.co/uyE4EAijP9 pic.twitter.com/3Uvgtl0fcw

Did people understand the consequences of their vote?

At the same time, Google trends identified the questions that the UK voting public were asking. “What is the EU?” was the second most asked question the day after polling day!

"What is the EU?" is the second top UK question on the EU since the #EURefResults were officially announced pic.twitter.com/1q4VAX3qcm

For myself, these are all questions I would have wanted to know the answers to before I put my cross on the form. Perhaps these uninformed voters are the people with the most #Bregret.

On LBC’s James O’Brien show a lady accused the #Leave campaign of ‘conning’ her with promises to invest the £350 million weekly EU contribution to the NHS – a promise that Farage now admits was mistaken.

She expressed her #Bregret and that there needed to be a second referendum so that people could vote properly.

“I do feel a bit sick … This big lie, this £350m pounds a day that we’re told was going to go into the NHS … we’re being conned and we need another referendum.”

I am confused whether or not I should have sympathy for the people that are expressing remorse now because a decision has been made. On Twitter people are equally confused.

Really, really want to know the % of leave voters who regret it today, and those who thought it was a protest vote that wouldn't ever happen

#bregret In future, pls make it mandatory pre voting to correctly answer a quiz to see if we really know what we are voting for and against

One of the major impacts of all this #Bregret over social media has been the highjacking of a petition setup by a #Leave voter before the referendum. Ironically, he like myself and many others showing #Bregret did not believe there was a chance of us voting out. If you have any #Bregret you too might consider adding your name, although there are lots of doubts this will have any effect.

Is a second referendum a place to deal with all the #Bregret?

@nicsdlp #Bregret is trending. Can't cope with the 'we had no clear info' ones…You did & you chose to ignore it ? pic.twitter.com/55i86Ybfew

There are lots of opinions about this. Cameron says it is not happening and how this referendum was a “once in a generation, once in a lifetime” decision, and that the UK had “referendums not neverendums”. Corbyn said “We have got to accept that decision.” Farage though sees such a narrow victory as “unfinished business by a long way”.

What is most concerning is that some of the #VoteLeave key figures such as Boris Johnson, Gisela Stuart and Michael Gove seemed to be very unprepared for their victory when they spoke . A number of politicians believe that they campaigned simply for their own careers and egos and therefore have no intention to actually leave the EU. One of the first comments from Boris Johnson was that he did not see the need to immediately trigger article 50 which would see a formal process of leaving the EU. The delays in the timeline are prolonging the uncertainly and business does not like uncertainty – this means that organisations will now pause any long term investment plans and will build up their cash reserves to prepare for the inevitable years of not knowing how their trade will be affected.

On the other hand, a narrow vote to leave could be interpreted as not requiring the full implementation of #Brexit. So, a Swiss style arrangement where the UK no longer has any political representation but still implements all the EU rules is a possibility – but this option is not popular in Europe and will be difficult for any team from the UK to negotiate.

Do you have any #Bregret?

I am not sure. It seems to me that people voted based on things that were not true. All this #Bregret suggests voters are beginning to recognise the potential scale of the error made. If things worsen demands for a rerun will increase from those that voted to #Leave. If we did it all again would #Bregret make the vote less than 52%?

Tags: #Bregret #EUref
Posted in Business School
Comments Off on Have you got anything to #Bregret?