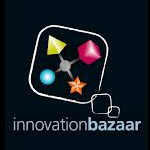 Salford Business School have been working with WA:UK Tech Angels for a number of years. Tech Angels are a member of the Web Applications group based here in the North-West of England in Oldham. They are early stage angel investors. This means that  they are focus their investment on new and innovative digital ideas rather than already established companies and products,

Tech Angels, in collaboration with Salford Business School, launched an enterprise competition  in October 2014 with cash prizes for students and the offer of potentially providing further business support, mentoring and premises for the most promising ideas. The competition will culminate in a Dragons Den-style event at Salford Business School’s Creative Entrepreneur event on the 03 December.

Students from two programmes – the BSc (Hons) Business Information Technology and BSc (Hons) Business and Economics – who re taking the eCommerce and Advanced Web Design modules have been working on the Tech Angels competition as part of their group project. We have gathered up summaries of these exciting and innovative digital ideas so far and which will be a central feature of the Innovation Bazaar also being held on the 03 December at MediaCityUK.

END_OF_DOCUMENT_TOKEN_TO_BE_REPLACED 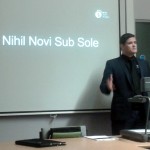 We live in fast times. The constantly evolving socio-economics of the 21st Century are shaped by a digital generation that increasingly strives to say more with less.

Why say something with a sentence you can articulate with a mere word? News institutions are striving to be more like culturally-resonant media sites such as Buzzfeed. It’s common business practice for companies to have a blogger amongst their staff members. If you can’t say it in 140 characters, don’t say it.

This article itself is written in bite-size chunks to keep your eye from wandering. The emergence of i100, The Independent’s internet culture commentator, is a pertinent example of changing attitudes.

I recently read a quote from Professor Richard Foster (Yale) that stated in 6 years, 75% of companies on the S&P 500 index will be companies we haven’t heard of yet. The implications of this are huge. The world is showing no signs of slowing down, and the CEOs of the future are people who can keep pace. Luckily for today’s student population, you’ve largely been raised in a world where the only constant question is “how can we make it faster?”

Those of you wanting your future company to be in that 75% might want to think about the following.