The University launched a video last year highlighting the excellent research taking place here at Salford and this is now available online.

Presented by BBC North West weather presenter and meteorologist Clare Nasir, the two-and-a-half minute package provides an overview of the world-leading research at the University and how it impacts the world around us. 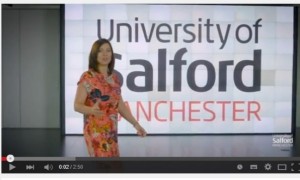 Professor Nigel Mellors, PVC Research & Enterprise, said: “At the University of Salford, we excel in many diverse areas of research from computing, health sciences, aeronautics and biomedicine, to acoustics, media, disaster management and robotics.

“Linked to our Research Strategy, the aim of this video is to raise the profile of research at the University of Salford.”

The video covers a number of areas of research that are currently taking place at the University.

Dr Steve Atkins has recently joined the School of Health Sciences as Director of Sport, Exercise and Physiotherapy.

A Fellow of the Higher Education Academy (HEA), Steve’s former post was as Principal Lecturer in Sport Science at UCLan. He held earlier teaching posts at Liverpool Hope University and Newcastle College and in his early career acted as a medic in the Royal Air Force, most notably in the area of Search and Rescue.

Steve is particularly interested in research-informed teaching in sport and exercise physiology, training and conditioning, research methods, advanced sciences, health-related fitness, ethics and policy. As well as leading the Directorate, Steve will also continue his work as an external examiner in Medicine at Swansea University and in Sports Science at St. Mary’s University.

Steve regularly supervises PhD students and has also published extensively. Outside of work, he is a Sports Science Advisor to Wigan Warriors RLFC and organised the 2013 British Association of Sport and Exercise Sciences Annual Conference.

Steve said of his new role: “The Directorate encompasses a diverse range of academic and professional disciplines, including physiotherapy, sport and exercise science, sports rehabilitation, strength and conditioning, trauma and orthopaedics, and physical activity and health and its teaching is underpinned by internationally-recognised research, allied to staff with many years of professional practice expertise. This means it offers an excellent, applied, student experience, and an ability to meet t 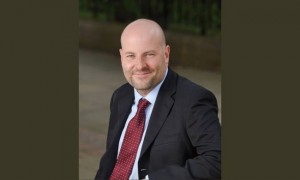 Under the Higher Education Funding Council for England (HEFCE) Open Access Policy, all peer reviewed journal articles and conference papers, accepted for publication from 1 April 2016, must meet open access requirements to be eligible for the next REF.

The University has developed an internal support approach which will minimise additional work for staff and postgraduate research students. When a paper is accepted for publication, the author must deposit the accepted manuscript into USIR as soon as possible. Colleagues in the Library will then either make sure that all other requirements under the HEFCE Policy are met, or, contact the author to advise on next steps. 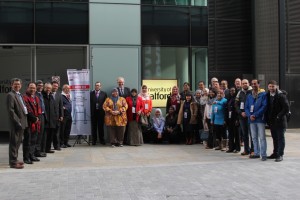 Does gossip at work harm performance?

Gossip at work can damage morale and make workers more cynical, possibly lowering productivity in around a sixth of all workers, research from Salford has suggested.

Gossip is a well-known phenomenon in workplaces across the world, with ‘water cooler’ moments occurring in most office or factory environments. It is often defined as an informal, casual conversation about others not involved in the conversation, typically involving details that are not confirmed as being true.

Previous studies have found that up to two thirds of work chats are about people who are not involved in the conversation, in other words gossip, but the impact of this has not previously been studied in depth. Many may see it as benign, or even helping to bond teams together. But this new research brings that into question and the results may make worrying reading for managers.

In a paper published in the peer review journal International Journal of Human Resource Management, a team from the University has found that job-related gossip leads to negative implications in many workplaces.

For the study the team analysed survey data from 362 employees from 26 businesses across a range of industries. The team identified two types of gossip, one not work related actually was found to cause no harm to productivity, whereas gossip about work-related matters caused increases in cynicism. They found that more than 52 per cent of the employees engaged with job related gossip, while 45 per cent engaged with none job related gossip. So negative gossip that could impact on productivity is more prevalent in the workplace.

Universities must rethink how to keep students safe

Students may be more at risk of crime and mental ill-health at some universities than others because of differences in the way institutions consider the safety and well-being of their students. Last year, 2.3m students started university in the UK, representing 4% of the population. These students are at greater risk of crime than other people in Britain. Figures from the Office of National Statistics show that 19% of full-time students were victims of crime in 2014-15, compared to 16% of all adults in the general population.

Full-time students experienced higher levels of victimisation than the general population for a number of crimes, including burglary, violence, domestic violence, mugging, robbery and theft. Specific student groups face different issues of personal safety. Recent reports show that women – who make up 56% of new UK university students – are at risk of sexual harassment and assault on university campuses.

We know that international students, who make up 19% of all UK university students, are increasingly concerned about safety. This influences their choice about whether to study in the UK or another country.

But universities need to stop thinking about security purely in terms of “crime on campus” and focus more on the wider pastoral care and well-being of students throughout their university life.

Living away from home for the first time is a big step. Combine this with the pressure of university life such as making new friends, homesickness, financial worries, meeting deadlines and exams – and it is perhaps unsurprising that students are also at greater risk of mental ill health.

One 2004 study involving 250 students found 52% of UK students showed evidence of psychiatric disorder – such as anxiety and severe depression – compared to 30% of the adult population. And Tags: crime, students, university of salford
Leave a comment

Masters in Construction launched in Mauritius 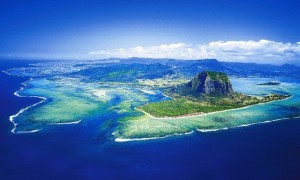 The School of the Built Environment’s highly-successful Project Management in Construction Masters is being exported to a second country in the Indian Ocean. The postgraduate course will be available to students and professionals on the island nation of Mauritius and follows the successful delivery of the programme in Sri Lanka. It underlines a growing global demand for courses from the prestigiousSchool of the Built Environment, which is ranked in the Top 40 in the world (QS World University Rankings®) in architecture, construction and the built environment.

A launch event for the Masters programme in the island’s capital Port Louis was held yesterday (2 March), featuring a lecture on ‘Smart Cities for a bright, sustainable future’ by Dean Professor Hisham Elkadi.

The Masters which is accredited by the Royal Institution of Chartered Surveyors (RICS) and the Chartered Institute of Building (CIOB) will be delivered in Mauritius at the Rushmore Business School by its staff and academics from the University of Salford. 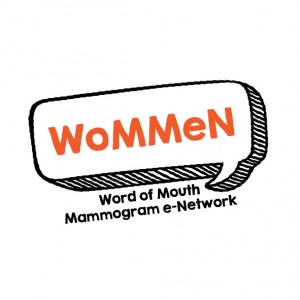 Academic staff from a number of disciplines across the university have been collaborating with mammography practitioners and service users to create the WoMMeN (Word of Mouth Mammogram e Network) breast screening information and support hub. After over a year of collecting information from women through surveys, focus groups and a private Facebook user design group (100+ service users and practitioners!) the WoMMeN hub is finally ready and we plan to launch this on the 8th of March: International Women’s Day.

The hub contains all the features women told us they would want in a breast screening information and social networking space. It is intended to complement the NHS Breast Screening information which is the official documentation about the Breast Screening programme. However, WoMMeN provides an alternative approach to finding out more about breast screening by hosting a social space to chat to other women and practitioners. There are also feeds to our Twitter (@WOMMeN3) and Facebook pages to embrace a range of preferred social media platforms.

Funding secured to evaluate services for homeless and vulnerable people 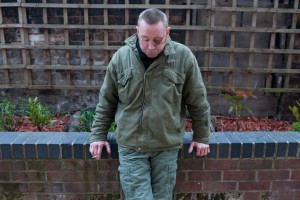 Dr Lisa Scullion at the Sustainable Housing & Urban Studies Unit (SHUSU) has been successful in securing funding to evaluate services for homeless and vulnerable people for Riverside Derby and Justlife.

The Riverside project represents the continuation of an existing relationship with the organisation established through a number of previous projects. Riverside are one of the leading registered providers of social housing in the UK and our evaluation focuses specifically on the effectiveness of their current supported housing services in Derby from the perspective of both service users and service providers.