Manchester, viewed by many as the UK’s second city, is a magnet for activity. Whether it’s the music scene, the shopping, the sports.. it has everything. With the population now being over half a million (Greater Manchester – 2.5m+) and with this figure growing by the day; there has never been a time where advertisers have been able to reach out to as many people and achieve local fame. Have you considered advertising in Manchester?

Clear Channel Direct specialise in Outdoor advertising for Small to Medium sized Enterprises (SMEs); with their reach of 89% of people across Manchester meaning they are able to effectively target practically any audience (Source: Talon Outdoor).

Who are you looking to promote your business to?

Snatch the attention away from any other form of media with large, eye-catching displays! How would your poster look?

In essence, this makes it practically impossible for the majority of those coming to work in Manchester not to see Clear Channel advertising displays.

Student spending power continues to grow. Research predicted over £30bn to be spent by students in 2015

Clear Channel have bus shelters and billboards in the most densely populated student areas in Manchester. Including Fallowfield, Chorlton & Stretford.

Billboards on the main roads surrounding Old Trafford and the Etihad.

Do you want to reach consumers at the last window of influence?

No matter the target audience, Clear Channel are able to bring local, low-cost advertising options to small, medium and large businesses across Manchester.

All across Manchester more Clear Channel digital sites are appearing. You’ll find digital screens at Sainsbury’s, Asda, petrol stations, in bars and on the roads themselves! Not only have digital advertising screens been proven to increase the effectiveness of adverts, but they also allow more flexibility with advertising. Businesses may find that their target audience is more likely to see and act on their adverts on certain days of the week and at specific times. Given the possibility of reaching out to an audience when it truly matters, businesses can focus their advertising budgets to decrease wasted expenditure.

See if Clear Channels have locations to suit your business. 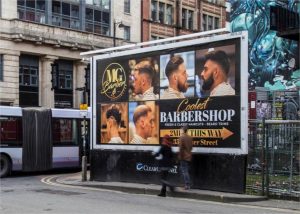 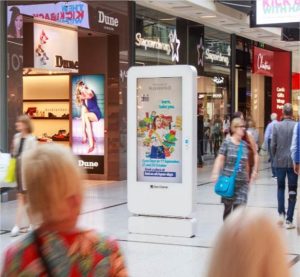