Do you own a small business and struggle with your digital marketing?

I can sympathise, empathise and advise. Help is available for most small businesses. 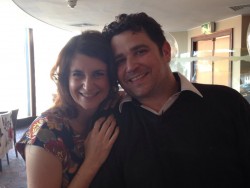 Me, Hannah and my husband Jonathan

Our small business RepairsByPost has gone from a traditional bricks and mortar business to an online business within the last year. It was the scariest thing we have ever done. ‘Our’ is myself and by husband, and that alone has its own tribulations. (You can read more on my blog post about working with my husband).

END_OF_DOCUMENT_TOKEN_TO_BE_REPLACED

Search Engine Optimisation and Me – A True Story

My recent foray into the world of Search Engine Optimisation, PPC and Social Media with the Manchester digital agency Fast Web Media has been an intense and enlightening experience.

And the Search and Social Media Marketing course at Salford has allowed me to refresh and expand my SSMM knowledge. So I thought I would use this opportunity to share a little about my experiences of starting out a career in SEO with regards to the Salford course for those who may be considering a similar path.

Getting a taste for SEO

Prior to my role with Fast Web Media, I had, like the majority, been an avid consumer of “the internet” for work, rest and play. A Wikipedia addict, a Facebook user, a mocker of Tweeters, a LiveJournal dabbler and a Geocities resident way back when, my online world previously revolved around university work, amusing memes, stalking friends on Facebook and Googling for cheap gig tickets.

I had relied heavily, if not solely, on Google over recent years to help me navigate the digital seas; although I had rather naively shown little regard as to how search engines manufactured their results pages (as a science graduate, I look back and find lack of curiosity really rather shameful!) However, my role at Fast Web Media threw me in the deep end, opening my eyes to a brave new world.

The ever expanding Google empire, the Social Revolution…

along with the maturation of mobile technology and the digitalisation of the almost everything seem to correlate with the evolution and expansion of SEO. There is so much to learn and so much to take in all the time. To bastardise a Douglas Adams’ quote (forgive me), my initial impression was that

“SEO is big. Really big. You just won’t believe how vastly, hugely, mindbogglingly big it is.”

The Foundation course at Salford allowed me to refresh the basics of what I had already learnt “on the job”, as well as gaining a general overview week on week. The course broke down all this information before my brain resembled something like a smashed bowl of petunias.

As SEO strategy is generally comprised of many smaller strategies and tactics, it is important to explore the different options and keep an eye on how existing methodologies are changing, lest you wish to fall behind the frontrunners. As any SEO will tell you, we are constantly learning all the time.

The Spice of Life

So, what do I like about working in digital media, in particular is SEO? One short-tail, high competition keyword can probably sum it up: Variety.

Variety with clients; variety in my day-to-day tasks; variety in my professional relationships. Fast Web Media has a great range of clients, big and small, which I’ve been allowed to sink my teeth into. Work can vary between Carling, Bravissimo and The Premier League (or “Beer, Boobs and Balls”, as I like to quip) in a single day. The benefit of doing the Salford course is that I have been allowed to explore the intricacies involved in the different theory and disciplines whilst then seeing and employing their practical applications on a wide variety of client work and the bespoke strategies we use.

Day to day in the office will always be different: from linkbuilding to pondering cunning new tactics for linkbaiting; from approaching new clients to constantly re-assessing existing clients and keeping them abreast of new developments in SEO. I might spend a morning getting lost in Google Analytics or stalking potential new leads on Twitter, or reading the countless brilliant blogs that make up the ever-expanding knowledge database for inspiration, advice and often educational amusement.

The main draw to the world of SEO, PPC and social media is that it allows me the chance to be analytical and creative in equal measures. And not being afraid of being wrong is pretty much the best advice I’ve had. It’s all about testing, learning, reviewing and creating.

Being new to the industry, you cannot fail to notice the variety of attitudes towards the SEO as an industry. We certainly have a name for ourselves – the recent JCPenny fiasco has been the most recent case whereby the debates around the ethics of SEO have been fired up again. I personally find the whole Blackhat/Whitehat debate fascinating, amusing summarised in this video from SES London 2009:

I think it’s true to say that the forerunners of any industry or discipline are often the ones challenging its boundaries and pushing the limits as far as they can go. Although, please don’t take that as a commendation of such “immoral” practices – but it is the existence of such a spectrum and wide variety of methods and talent which so enamours me to the industry.

Google is a powerhouse of the internet world. It professes that it constantly amends its algorithm so as to “enhance the user experience”. It is that algorithm that SEOs are constantly puzzling over, trying to manipulate the results for various ends. Google says it has a responsibility to its users to have the most relevant content in its SERPs, and recent changes to the algorithm such as the Panda Update have seen the life of an SEO become that all a bit trickier.

However, in some ways, I see value in SEO reach beyond the financial. I think it is the responsibility of SEOs to constantly challenge Google’s algorithm since Google acts as an authority on knowledge and dictates what is relevant content. Any authority which has such power and financial, social and political influence should be questioned, challenged and held to account. Experimenting with Google’s algorithm and the SERPs is to exercise the right to question its results; Google promotes content which Google has attributed quantitative value to, and as mass consumers of this mass knowledge, we should question their methodologies and intentions. They say “content is king” – but I think it’s important to challenge the “natural order” if it is Google dictating who the monarch is.

As such a colourful industry, involving so many different skillsets, I’ve been fascinated by the winding tales as to how people have ended up in the SEO/digital media world – including the wide spectrum of people on the SSMM course, from port to ponies!

After divulging a bit about mine (we can talk more here), I’d be very interested to hear more about you – so, what’s the story about you and SEO?